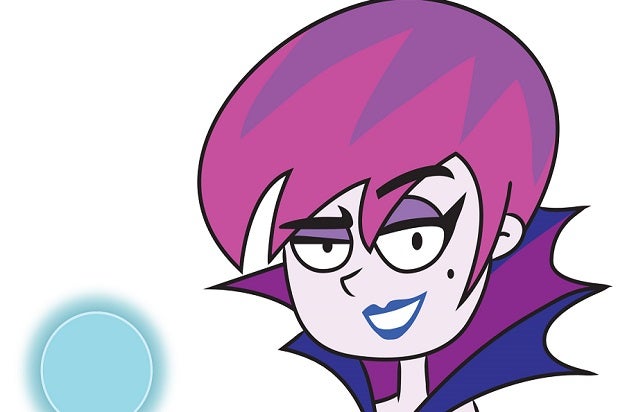 Kelly Osbourne is about to get Dopey for Disney. She’ll also be getting Happy, Bashful, Sleepy, Sneezy, Grumpy and Doc.

“Fashion Police” personality Osbourne has signed on for the cast of Disney’s animated series “The 7D,” which is billed as a comedic new take on the Seven Dwarfs tale.

The series, which will premiere on Disney XD, Disney Channel and Disney Junior this summer, is set in the contemporary and whimsical world of Jollywood, where the iconic little men are hard at work helping the quirky Queen Delightful keep her kingdom in order. Osbourne will voice the role of Hildy Gloom (pictured), a novice witch who, together with her warlock husband Grim, haplessly plot to overthrow the kingdom.

“It may surprise some to learn that I grew up watching Disney Channel, so playing a character in a Disney cartoon is beyond exciting for me. I’m having a blast voicing Hildy, who I’ve now come to think of as my alter ego — she is my Sasha Fierce,” Osbourne, 29, said.

“The role has taught me so much about acting — and Hildy’s a tough one to keep up with, so I wear workout clothes to recording sessions because I jump and move around to really bring her to life.”