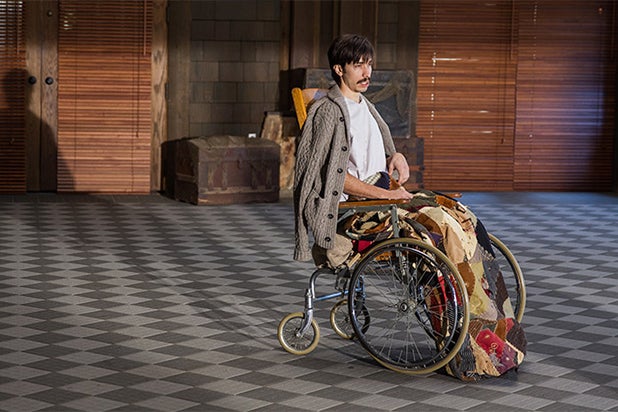 In case “Tusk,” a movie about a man turning Justin Long into a human walrus, didn’t seem insane and mind-bending enough, now you’ll be able to watch it while stoned out of your gourd (if you happen to live in Los Angeles).

Distributor A24 announced on Monday that it was teaming up with LA dispensary Buds & Roses to create two “Tusk”-inspired strains of marijuana: “Mr. Tusk” and “White Walrus,” which will be available through September 26.

Stoner auteur Kevin Smith‘s film, which debuted at the Toronto International Film Festival and earned positive reviews from people who could think clearly after the screening, hits theaters on September 19. So, feasibly, you could spend an entire week watching it while stoned in theaters… and buy enough of the weed that you’ll have some left over when it hits VOD and DVD/Blu-ray.