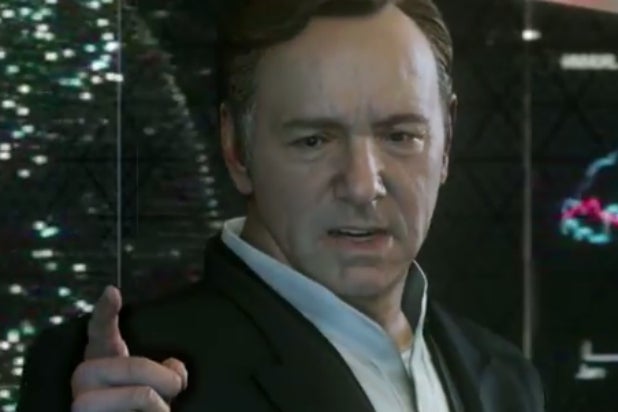 Kevin Spacey may have found a character more dubious and controlling than Frank Underwood.

The “House of Cards” actor stars in the trailer for — and voices the lead role in — the next “Call of Duty” videogame, “Advanced Warfare.”

In the below clip, Spacey debates the virtues of democracy as futuristic weaponry blows the Golden Gate Bridge to hell.

“People don’t want freedom,” Spacey insists. “They want boundaries, rules, protection from invaders and from themselves.”

“You give them that and they’ll follow,” he concludes. “That’s where I come in.”

“Call of Duty: Advanced Warfare” drops the big one on Nov. 4.