Tuesday was of course the day Oscar nominees were announced, and super hero fans noticed one huge omission from the list of honorees: “Spider-Man: No Way Home.” The mega box office hit got precisely one nomination — for visual effects — this despite hopes it might get nominated for one of the big categories like Best Picture.

And Jimmy Kimmel wasn’t having it on Tuesday night’s episode of “Jimmy Kimmel Live,” so he kicked off his monologue with a fun rant using both math and Hollywood history to illustrate just why it doesn’t make a lot of sense that “Spider-Man” was pretty much snubbed. 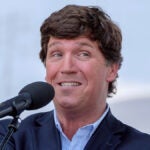 Then Kimmel started talking about who didn’t get nominated. “Lady Gaga was a surprise. No-mination. She did not get nominated. But the biggest snub today, in my opinion — and I’m actually even angry about this, I’m kind of embarrassed to say — is the unforgivable omission of ‘Spider-Man: No Way Home.’

“How did that not get one of the 10 nominations for Best Picture? There [were] only 11 movies made this year,” Kimmel asked. “Forget the fact that the movie made $750 million and is still going — this was a great movie. It wasn’t in the top 10 best movies of the year? There were three Spider-Men in it!”

“One of them was Andrew Garfield – who is a best actor nominee! Benedict Cumberbatch played Dr. Strange. He’s another best actor nominee,” Kimmel continued. Then, the late night host got to a numerical breakdown of why snubbing Spidey just didn’t make sense.

“You’re telling me ‘Don’t Look Up’ was better than ‘Spider-Man’? It most certainly was not,” Kimmel said. “Even if you go by the critics’ reviews, on Rotten Tomatoes, ‘Don’t Look Up,’ among top critics, got a 46. Spider-Man has a 90!”

“For God’s sake, ‘Jackass Forever’ has an 89! They probably missed the eligibility window,” Kimmel said.

“When did we decide that the best picture has to be ‘serious’? As far as I know, this was not the point of feature film when they started making them,” Kimmel added. “‘Ben Hur’? Chariots and leprosy. ‘Frankenstein’? A monster powered by lightning! ‘Fantasia’? Mickey Mouse on an acid trip. ‘The Wizard of Oz’? Flying monkeys and a witch!” 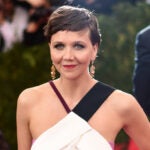 Also Read:
Why Maggie Gyllenhaal ‘Burst Into Tears’ When She Heard the Oscar Nominations

“Now, there’s nothing wrong with a serious movie. A lot of them are fantastic,” Kimmel elaborated. “And worthy of Oscars. But why do they have to be serious is what I’m saying? When did that become a prerequisite to getting nominated for an Academy Award?”

Kimmel had a theory about it though: “Here’s what happened, you want to know what happened? The Academy voters, they looked at the list, they saw that the names Leo DiCaprio and Meryl Streep and they checked that box, and then they put their kids in the car and they went to the movie ‘Spider-Man.’ And they loved it.”

“But they didn’t vote for it,” Kimmel said. “We may need to get Dr. Strange to go back in time to fix this. I mean, my God. Nicole Kidman can’t even shoot webs out of her wrists!”

Watch the whole monologue above. The Spidey stuff happens in the beginning.