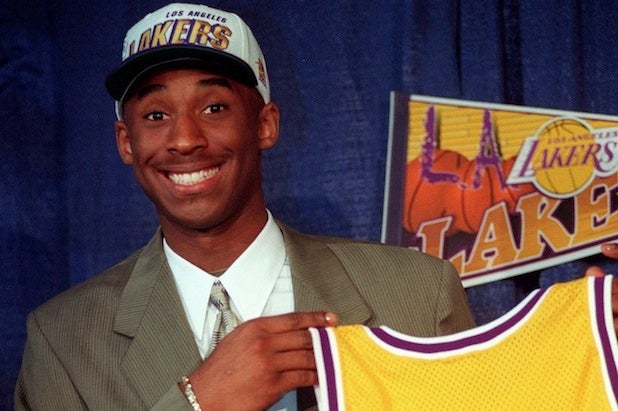 Getty Images
In 1996, Kobe Bryant joined the Lakers when the team traded Vlade Divac to the Hornets in exchange for his draft rights. Later that offseason, the Lakers signed Shaquille O'Neal. 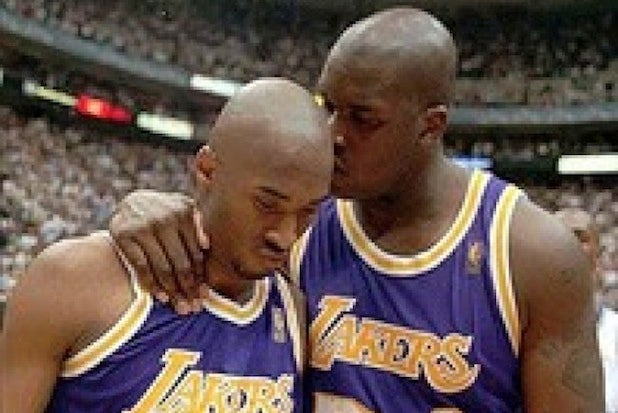 Getty Images
From the beginning, Kobe's intensely competitive mindset clashed with Shaq's more relaxed attitude. Kobe was regarded by some in the locker room as selfish and standoffish, according to Roland Lazenby's book "The Show." 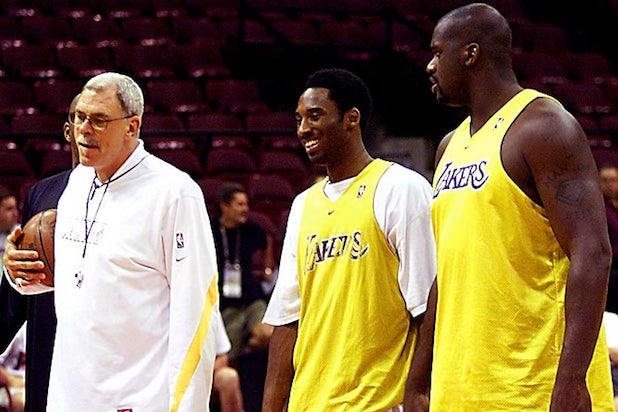 Getty Images
With the encouragement of both Kobe and Shaq, the Lakers made Phil Jackson their head coach in 1999. Jackson would use the triangle offense to make Kobe and Shaq the most feared scoring duo in the league. 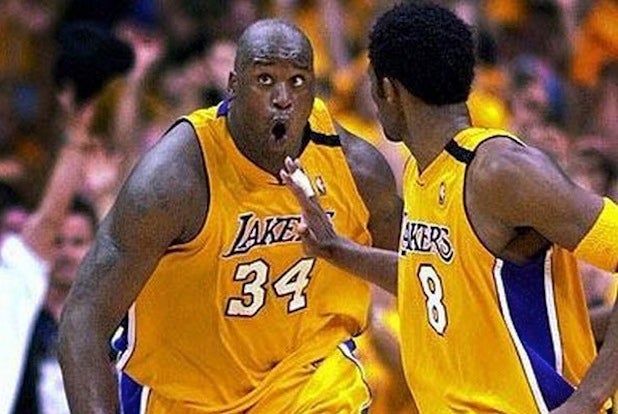 Getty Images
With a trip to the Finals on the line, Kobe and Shaq led the Lakers to a comeback victory over the Portland Trailblazers, punctuated with an alley-oop pass from Kobe to Shaq that came to symbolize their skill as teammates. 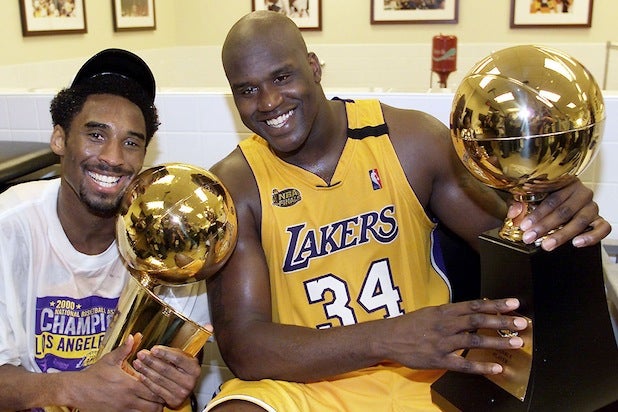 Getty Images
The Lakers went on to win their first NBA title in 12 years in 2000, beating the Indiana Pacers in six games. 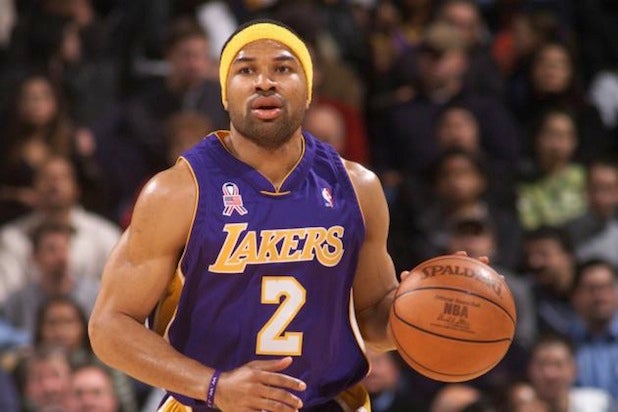 The following season, tensions between Kobe and Shaq increased following the injury of teammate Derek Fisher. Kobe resented Shaq for not staying in shape, and Shaq felt that Kobe was not using his teammates in their offense. 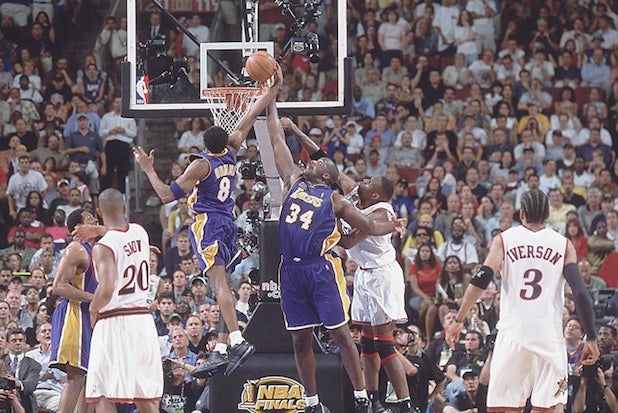 Getty Images
Despite their locker room struggles, Kobe and Shaq led the Lakers to another title, only losing once in their 2001 playoff run and defeating the Philadelphia Sixers in the Finals. 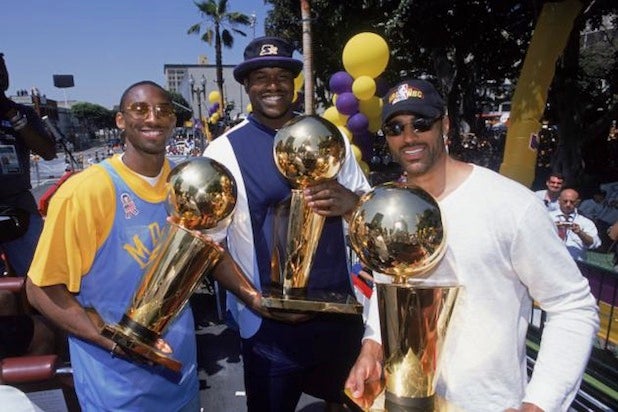 The Lakers would won another championship the following year, sweeping the New Jersey Nets to finish the three-peat. The relationship between Shaq and Kobe seemed to be at its calmest... 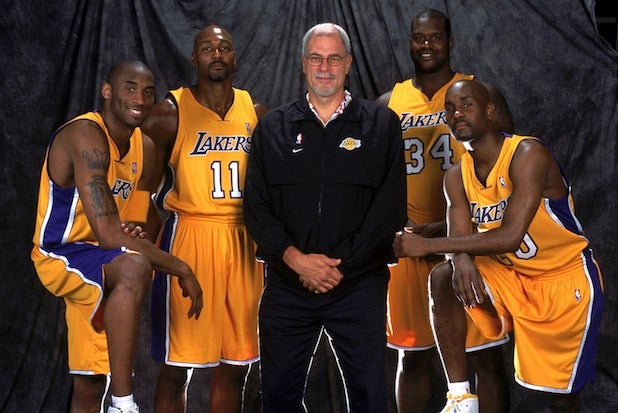 Getty Images
…until they failed to win a fourth title. In the 2003 offseason, the Lakers brought in future hall-of-famers Gary Payton and Karl Malone to join Kobe and Shaq, but it didn't stop the two from fighting over their roles on the team as Kobe and Jackson reached the final year on their respective contracts. 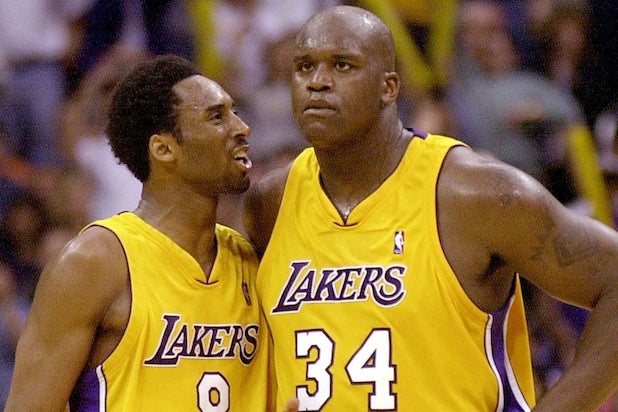 At the start of the '03-'04 season, Kobe openly questioned Shaq's leadership and commitment to the team in an interview with ESPN. Kobe was fined by Jackson for airing out locker room issues to the press, and the Lakers lost the 2004 Finals to the Detroit Pistons. 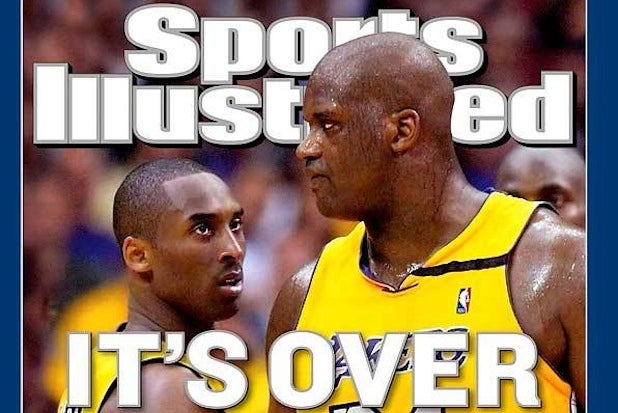 SI
When the Lakers decided not to sign Jackson to a new contract, Shaq accused Kobe of pushing Jackson out of the organization and demanded a trade. The team acquiesced to his demands, and Shaq was traded to the Miami Heat. 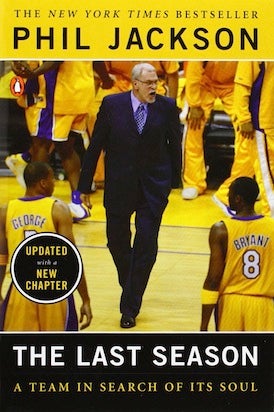 Penguin Books
Later that year, Jackson wrote a tell-all book about the 03-04 season, in which he infamously referred to Kobe as "uncoachable." 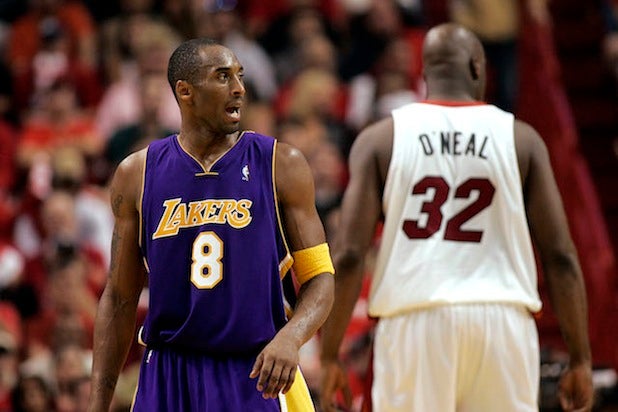 Getty Images
On Christmas Day 2004, Kobe and Shaq went head-to-head for the first time ever in a game that earned ABC an impressive 8.0 rating. The Heat beat the Lakers in overtime after Kobe missed a potential game-winning buzzer beater. 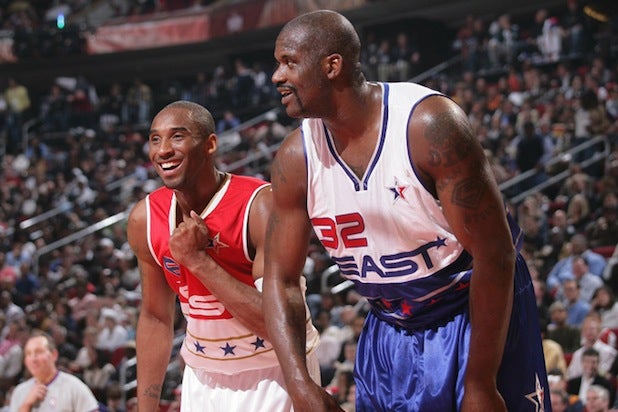 Getty Images
After a year of icy interactions, things began to thaw between Kobe and Shaq in 2006, as they were seen shaking hands and joking with each other at Heat-Lakers games and at that year's All-Star game. Shaq went on to win his fourth NBA title with the Heat that year. 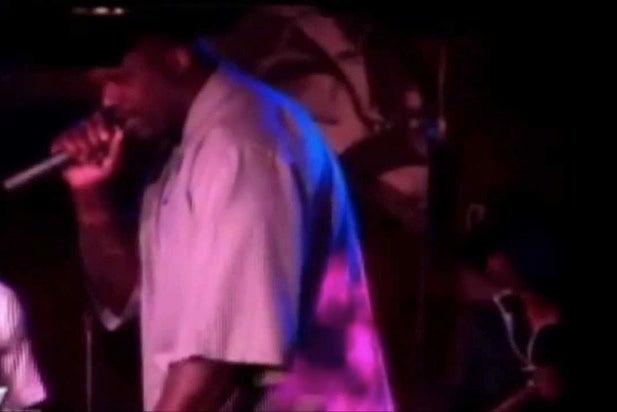 TMZ
In 2008, after Kobe and the Lakers lost in the Finals to the Celtics, TMZ released a video of Shaq freestyle rapping about Kobe. Shaq joked that Kobe couldn't win without him and told him to "tell me how my ass tastes." Kobe shrugged off questions about the video, and Shaq insisted he had no more problems with Kobe and the rap was "all in good fun." 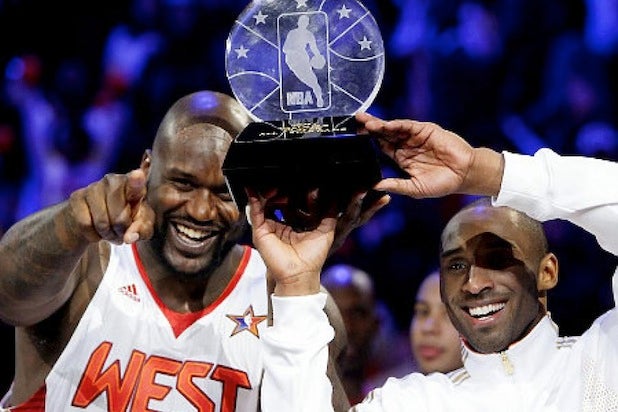 Getty Images
Shaq began to speak more positively of Kobe in the press, calling for him to win the MVP award. In 2009, the duo were reunited with Jackson on the same team in the All-Star game, with Kobe and Shaq being named co-MVPs. To signify their mended fences, Kobe gave the MVP trophy to Shaq's son. Kobe would go on to win two more NBA titles with the Lakers, and Shaq would have his number retired by the team in 2013.
x
Looks like you're enjoying reading