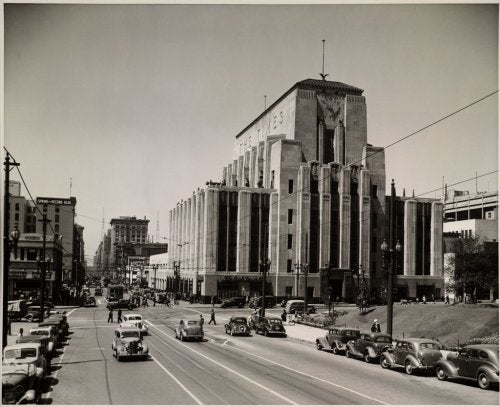 The food signup sheet for a holiday potluck party at the L.A. Times went up this week but, as with anything at this embattled news organization, the list was fraught with meaning.

“I wondered,” said one reporter, “what happens if so-and-so gets laid off and their name gets crossed out? There’ll be no Swedish meatballs this year.”

For weeks, rumors about 2009’s third round of layoffs have been bubbling up like methane from La Brea Tar Pits.

Many Times employees questioned say they’re not in the gossip loop, but others insist that a meeting of section editors will convene next week to get the ball rolling on dismissals.

Word variously places the date as Dec. 15 or Dec. 18 — a Friday, the traditional pink slip day.

One silver-lining rumor has it that the hard-hit Metro section will be either nearly or completely spared this time around. Still, as one longtime writer observed, whatever happens is going to be perceived as unfair by any department that suffers cuts. (No Times staffers who spoke to TheWrap agreed to be quoted by name.)

Management is spinning the pending dismissals not as not a new round of layoffs but merely a tapering off of October’s pink-slip blizzard, and after this holiday round of layoffs, none are expected until, possibly, the spring.

Scuttlebutt says the layoff figure could be as many as 40; the Times policy is to refuse to answer questions about layoff rumors.

That’s of little comfort to staffers who increasingly find their city’s newspaper of record having its editorial roster cut to the bone, with more writers putting in days that last as long as 18 hours. The writers’ masthead is now on track to tap out at half of its former complement.

“We’re long past the point of signing petitions and standing up to make statements,” said a veteran writer about the mood at the paper in response to cutbacks. “People are now looking for an effective, rational response, not one that’s been tried and found wanting in the past. Instead of dramatic speeches and walkouts, we’re putting stuff on the website that people want to read.”

All of this plays out against the backdrop of the bankruptcy struggle of the Times’ parent company, the Tribune Company.

One legal difficulty has been in trying to untangle the various business entities that comprise the densely integrated corporation. One staffer sketched out three lose-lose possibilities, in which the current management under publisher Eddy Hartenstein consolidates power over the paper; or the paper’s creditors gain control and fire management, including Hartenstein; or new owners sell off Tribune’s individual pieces, sending all of them into the deep space of uncertainty.

For now anything goes, though, and Swedish meatballs are still on the menu.