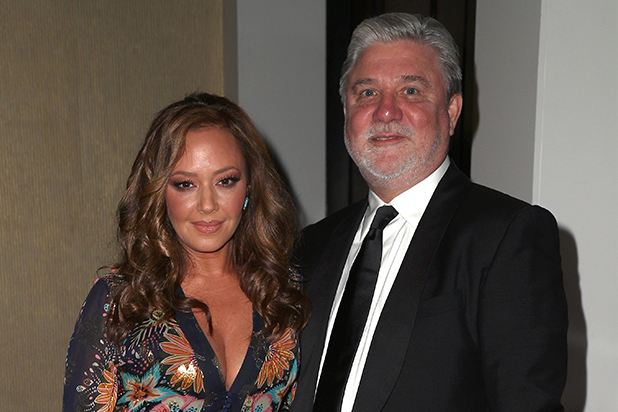 “Scientology and the Aftermath” co-hosts Leah Remini and Mike Rinder are defending Paul Haggis after the “Crash” screenwriter was accused of sexual misconduct, stating in an open letter that the accusations against Haggis come from information gathered about him during Scientology auditing sessions.

“We expect the next ‘revelations’ about Paul Haggis in this campaign to destroy him to be based on information culled from his scientology files in the form of more ‘anonymous’ accusers, hiding behind a lawyer who will never have to disclose who is paying their bill,” Remini and Rinder said in the letter, which was published on Rinder’s blog on Monday in a post titled “Concerning Paul Haggis.”

The Church of Scientology responded to Remini and Rinder’s claims in a statement to TheWrap, saying that “Leah Remini, Paul Haggis and Mike Rinder have predictably thrown up a reprehensible smokescreen to turn horrific sexual assault and rape allegations made against Haggis by four women into a bigoted attack about their former religion.”

Remini and Rinder, both defectors from the church, said that defending someone accused of sexual misdeeds might be “politically incorrect,” but said it was “more important to us than being politically correct is standing up for what we believe is right.”

Remini and Rinder praised Haggis, also an ex-Scientologist, for being a “gentleman,” and lauded him for his works benefitting the LGBT community and women’s rights.

“Like those of us who were scientologists, we trusted and confided in our church to seek resolution for our shortcomings,” they said. “What is different about scientology is the detailed records they maintain of everything you tell them. And beyond that, they conduct intense interrogations based on the idea that only when all specifics and details are disclosed can one find relief. The names, dates, and minute details of any indiscretions, and even thoughts, are all recorded.”

Remini and Rinder continued in the letter to say that “only a scientologist can understand the pressure one feels to offer up even the slightest thing that the scientology organization might consider a transgression of THEIR mores,” and that information the church gathers about one of its members “is used against anyone who departs scientology and dares speak their mind.”

“This is not imaginary,” the letter stated. “There is a documented history of such things. When someone is a declared an “enemy” by scientology, they are fair game.”

“Those who accuse without going to law enforcement, those who seek hush money to keep their stories secret, those who make accusations to the media anonymously – they are suspect,” the open letter continued. “And when the target of these tactics is someone who is a prominent critic of scientology, it is very suspect.”

Remini and Rinder finished the open letter by saying that because of Haggis’ “record as a gentleman and humanitarian,” he deserves “to be judged when all the evidence has been taken under penalty of perjury in a court of law. Because claims of anonymous accusers who have NOT gone to law enforcement are not credible.”

Haggis was sued in December by publicist Haleigh Breest, who said the filmmaker raped her in 2013. In January, three more women came forward, one of whom also accused Haggis of rape.

The woman accusing Haggis of rape said she was a 28-year-old publicist at the time of the alleged incident, and said that the filmmaker called her to his office to review photos from a television show that he was producing in 1996.

Haggis’ attorney denied the new allegations, asserting, “He didn’t rape anybody.” Haggis also denied Breest’s accusations, and has filed his own suit against Breest, alleging that he was targeted by a $9 million extortion attempt.

The Church of Scientology’s statement Monday continued to say: “Today’s transparent ploy by Remini and Rinder fails to mention that plaintiff Haleigh Breest’s court papers definitively state that ‘Ms. Breest has nothing to do with Scientology. Being a critic of Scientology does not give a man permission to rape.’  Furthermore, Remini and Rinder conveniently fail to mention that the three additional women making allegations against Haggis all are on record to the Associated Press as stating that they are not Scientologists–as if an alleged rape victim’s religion should matter–and that these allegations have nothing to do with the Church. Not only are Remini and Rinder mouthing a debunked conspiracy theory that was dead on arrival when they posted today’s rant, they further offend countless other alleged victims with stunning insensitivity.

To be clear, the Church has never met the women in this case nor their attorneys and knows nothing about the accusations against Haggis other than what has appeared in press reports and public court documents. We find it hypocritical and appalling for Haggis, Remini and especially Rinder–who has his own history of domestic violence and bullying women and who has no other source of income outside of attacking Scientology–to attempt to divert discussion about the subject of sexual abuse and the mistreatment of women with provably false claims to promote their hate-filled agenda.”