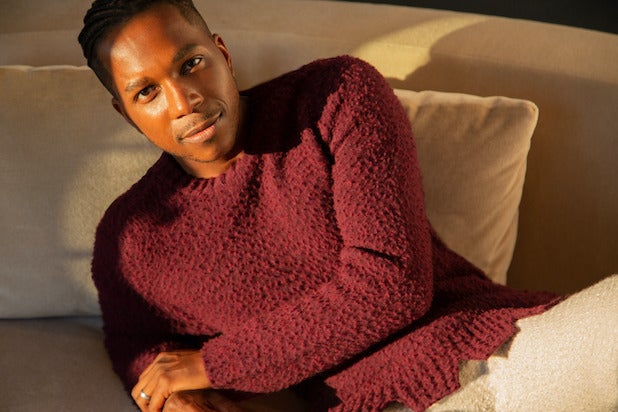 Leslie Odom Jr. earned an Oscar nomination on Monday for his role as Sam Cooke in “One Night in Miami,” and looking back, he said he felt “different” after wrapping Regina King’s film.

“‘One Night in Miami’ meant so much to me,” he told TheWrap shortly after the announcement of his nomination. “After filming, I remember being in a cab to the airport, I had such a transformative experience making it under Regina’s leadership with a brilliant script by Kemp Powers. I was different, and I called my team and I said, it might mean that I don’t work as often because I know movies like that don’t grow on trees. They all should feel like this.”

Odom Jr. was also nominated in the Best Original Song category for his song “Speak Now,” which he co-wrote with Sam Ashworth. “We loved Regina’s movie — we saw an early cut of the movie, and we felt so lucky that we would get to underscore and punctuate the themes in that way.”

Odom Jr. explained that after “Hamilton,” where he played Aaron Burr, it was hard to say what he would want to do next because that was already his “dream role.” But once he stumbled upon “One Night in Miami” — a role which he initially passed on — that changed.

“[With ‘Hamilton’], no one had ever given me something so complex and so human and quite frankly, I had never had so much material before. It was hard to find something, and I said after a few months, I know what to say when people ask me what I want to do next: I want to do all the things that no one let me do before ‘Hamilton,'” he explained. “Every movie since has been stacking up these experiences and trying to figure out how to be a useful collaboration in this new medium and thanks to Regina and Kemp, and this beautiful experience, I feel like it’s a wonderful beginning.”

Playing Sam Cooke in “One Night in Miami” was daunting for the actor, especially the scene in which he had to sing “A Change Is Gonna Come.”

“That is a perfect recording that Sam Cooke left us,” he said. “That was the scariest one, to recreate the magic of the first televised performance… Sam never felt closer to me than on that day.”

Odom Jr. was nominated alongside Sacha Baron Cohen, Daniel Kaluuya, Paul Raci and LaKeith Stanfield in the Best Supporting Actor category, and alongside “Fight for You” from “Judas and the Black Messiah,” “Hear My Voice” from “The Trial of the Chicago 7,” “Husavik” from “Eurovision Song Contest” and “Io Si (Seen)” from “The Life Ahead” in the Best Original Song category.