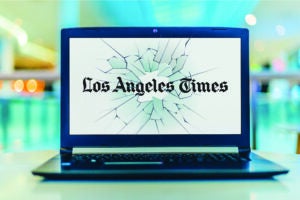 The recent reports about quarterly financial performance has provided investors a first look at how the coronavirus pandemic has helped giants like Netflix, Facebook and Amazon.

Earnings season offers plenty to talk about in the tech world, even during a “normal” year. But this isn’t a normal year. With companies sharing their April-through-June performances — representing Q2 for most firms – one overarching theme has emerged: Big Tech looks to have only benefited from the pandemic.

With millions of people compelled to stay inside, many have spent more time streaming, more time on social media, and more time buying products online. The results were especially jarring when compared to the overall economy, as GDP plunged 9.5% during Q2, marking the worst three-month stretch on record.

Still, there are warning signs tech could begin to feel the pain during the second half of 2020, as Hollywood and other industries pull back their ad spending. With that said, here are 5 key tech takeaways:

Even though Twitter missed on both Q2 revenue projections — usually a cardinal sin to investors — and earnings, the company still enjoyed a nice Wall Street boost after sharing its second quarter report on July 23. The bounce reinforced that investors care about one thing above all else when it comes to tech companies — growth. For Q2, Twitter reported a company-record 20 million users had signed up during the second quarter. The company also hinted at new ways to grow revenue moving forward, with Twitter looking at rolling out a subscription-based model by the end of the year.

Both the user growth and the opportunity to expand its revenue beyond ad sales was enough for investors to shrug off concerns Twitter’s ad business was having a hard time coping with the pandemic. (The user growth also gave investors something else to focus on after Twitter’s embarrassing hack last month, with the company’s share price rising, rather than falling, after Barack Obama and Elon Musk, among other celebrities, had their accounts compromised.)

Big Tech’s boost from the pandemic

Most businesses are hurting right now, but Q2 showed several top tech companies are only becoming more entrenched during the pandemic. Take Amazon: The e-commerce giant’s Q2 sales soared 41% from the same time last year, hitting $88.9 billion, as more people avoided going out in favor of ordering products online. Facebook, meanwhile, added another 100 million users during Q2 — and it already had 2.6 billion entering the quarter. And Apple reported its sales were up 11% last quarter to nearly $60 billion, indicating customers aren’t turning away from expensive consumer products during the pandemic. If anything, last quarter showed customers are only doubling down on their relationships with Big Tech by spending more money on products and more time on social media. (Google, which reported its first-ever quarterly decline in revenue, was the conspicuous exception, as its advertisers pulled back on spending.)

More than anything, Q2 highlighted the growing chasm between small and medium-sized businesses and the tech giants. As smaller businesses struggle just to stay afloat, companies like Amazon and Facebook are busy extending their leads during the pandemic.

Netflix had another big quarter when it came to subscriber growth. The streaming heavyweight added another 10.1 million new accounts during Q2, putting the company at 26 million new customers halfway through the year. (Netflix has almost 193 million global subscribers now.) To look at it from another angle, Netflix had “only” 28 million sign-ups for all of 2019. No matter how you slice it, it was a strong Q2 for Netflix, as content-starved viewers continued to stay inside due to the coronavirus pandemic.

And yet, Netflix’s stock still tumbled more than 10% after posting its Q2 report. What gives? The problem for Wall Street appeared to be Netflix’s limp guidance. Netflix notoriously offers light guidance on how many subscribers it’ll add. But even by its own standards its conservative Q3 projections stood out, with Netflix projecting about 2.5 million new subscribers and $6.3 billion in revenue between July and the end of September. Both measures fell short of analyst projections, and the company’s share price dipped immediately following the announcement. The company, in its letter to shareholders, added: “Growth is slowing as consumers get through the initial shock of COVID and social restrictions.”

Is Netflix on the ropes? No way. The company is still trading north of $475 per share — up more than $120 since the beginning of the year. But the post-earnings dip was a textbook example of how poor guidance can send a company downward, even after a successful quarter. 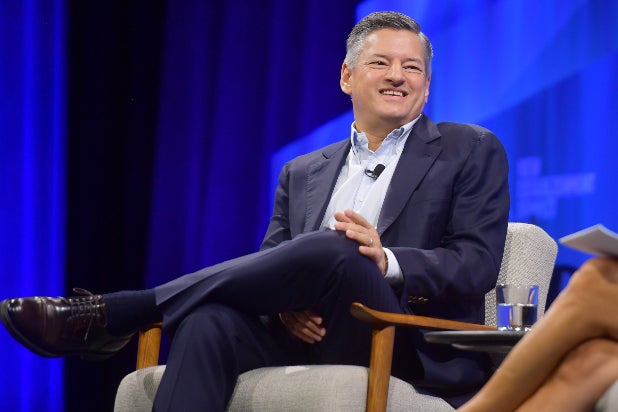 Gaming companies have seen a boon during the pandemic, with players spending a record amount on both hardware and software for their video games amid a lack of other live entertainment. Mobile game developer Zynga surpassed its earnings estimates in Q2, bringing in $452 million in revenue, a 47% increase from this time last year. Its user count also grew significantly, up 4% annually to 22 million daily active users in the second quarter. In Q2 2019, Zynga’s quarterly daily active users were up only 1%.

Zynga used some of that cash to acquire another smaller mobile games firm based in Turkey — its second acquisition in that region in two months — called Rollic, which makes casual puzzle games. Zynga didn’t disclose terms of the deal but noted that it will essentially double its monthly active user base after the acquisition closes in October. Rollic reports 65 million monthly active users, while Zynga has 70 million.

Other gaming firms saw their net revenues increase in Q2, including Activision Blizzard, which brought in $1.9 billion in revenue, up 38% from the prior year and exceeding expectations. Activision said its net income also increased 77% annually to $580 million. Roughly 51% of that revenue came just from “Call of Duty: Modern Warfare,” which released a new season Aug. 3.

The new “Warzone” battle mode in “Call of Duty” attracted players in droves both for its fast-paced combat and social features and helped to boost Activison’s player stats: Activision reported its player base reached 400 million gamers in Q2, a roughly 30% increase.

The lack of any summer blockbusters this year isn’t just hurting Hollywood. Tech also is suffering because of Hollywood’s pain, with companies unable to capitalize on the ad dollars they’d usually get for big-budget movies. Snap Inc., the parent company of Snapchat, said as much during its Q2 earnings call, warning this year’s Q3 revenue could take a hit compared to previous years. Movies skipping theaters is one reason why.

“Advertising demand in Q3 has historically been bolstered by factors that appear unlikely to materialize in the same way they have in prior years, including the back-to-school season, film release schedules, and the operations of various sports leagues,” Snap CFO Derek Andersen said.

Those factors could also dampen Twitter’s Q3 performance, as well. In short, the sooner Hollywood returns back to normal, the better it is for tech companies leaning on their ad dollars. 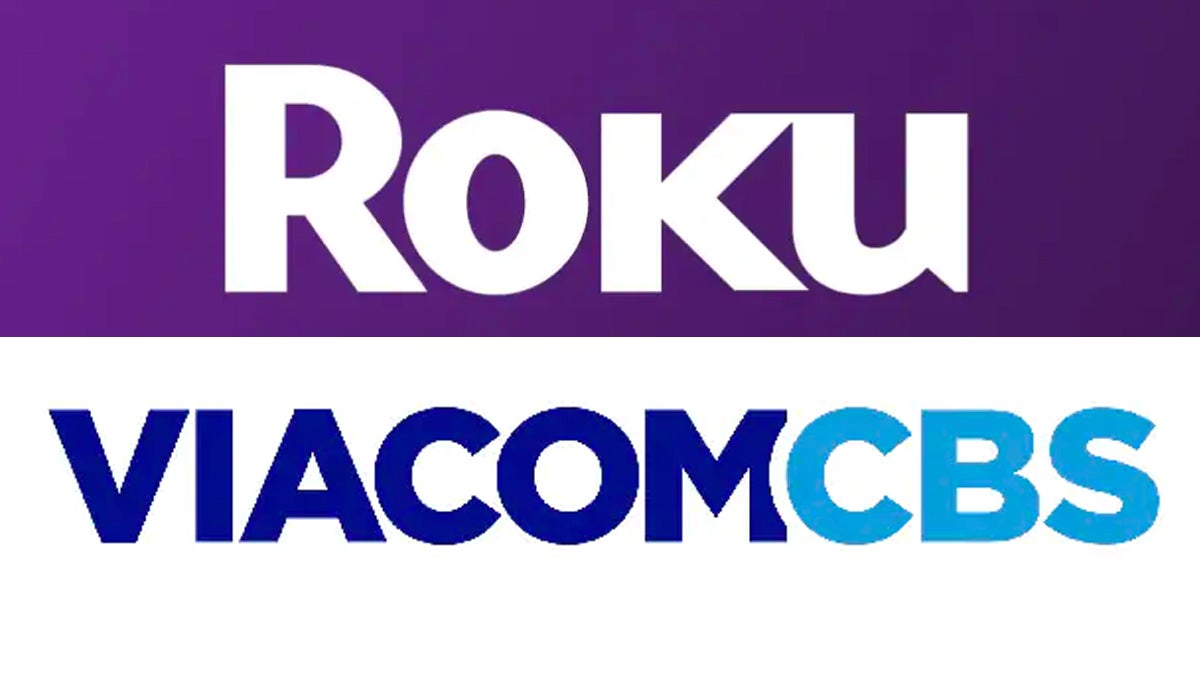 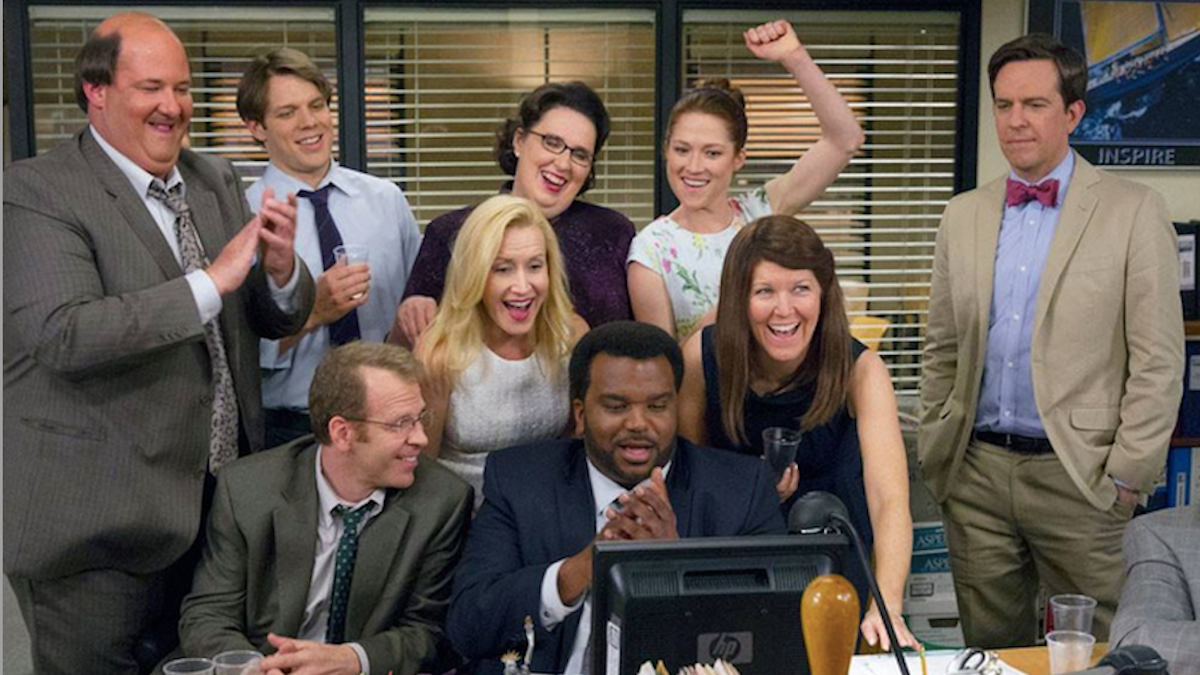 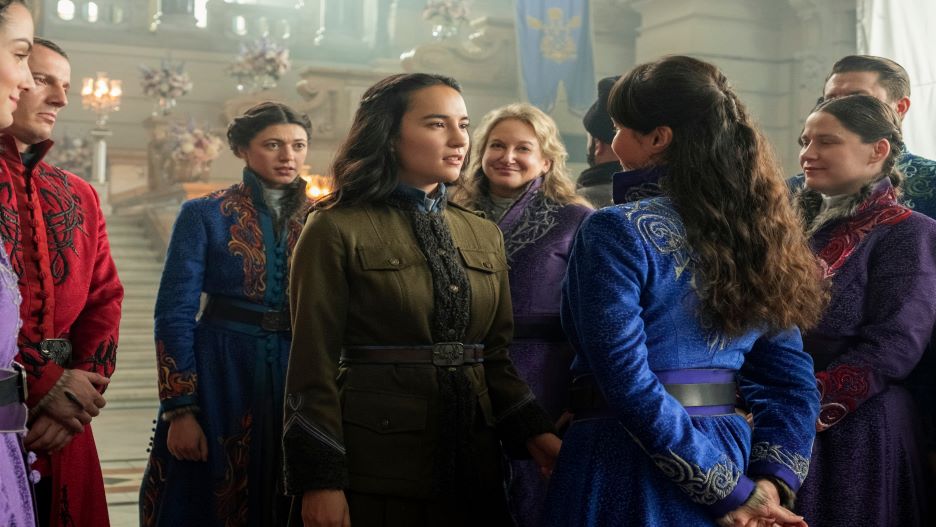 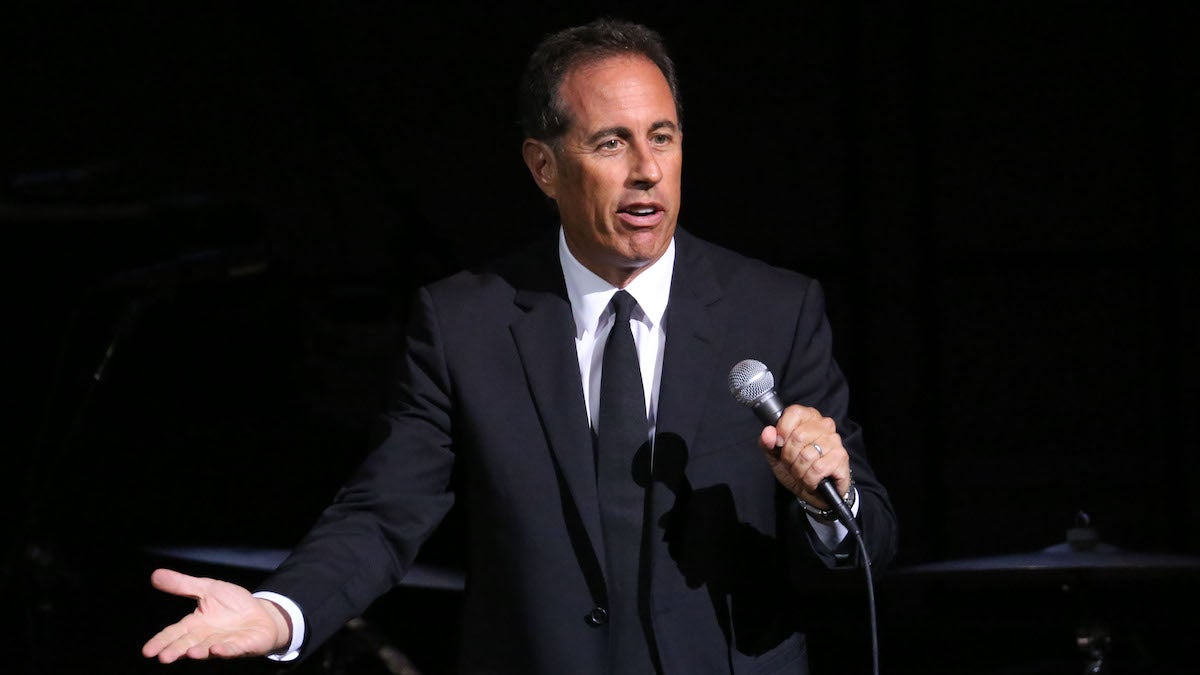 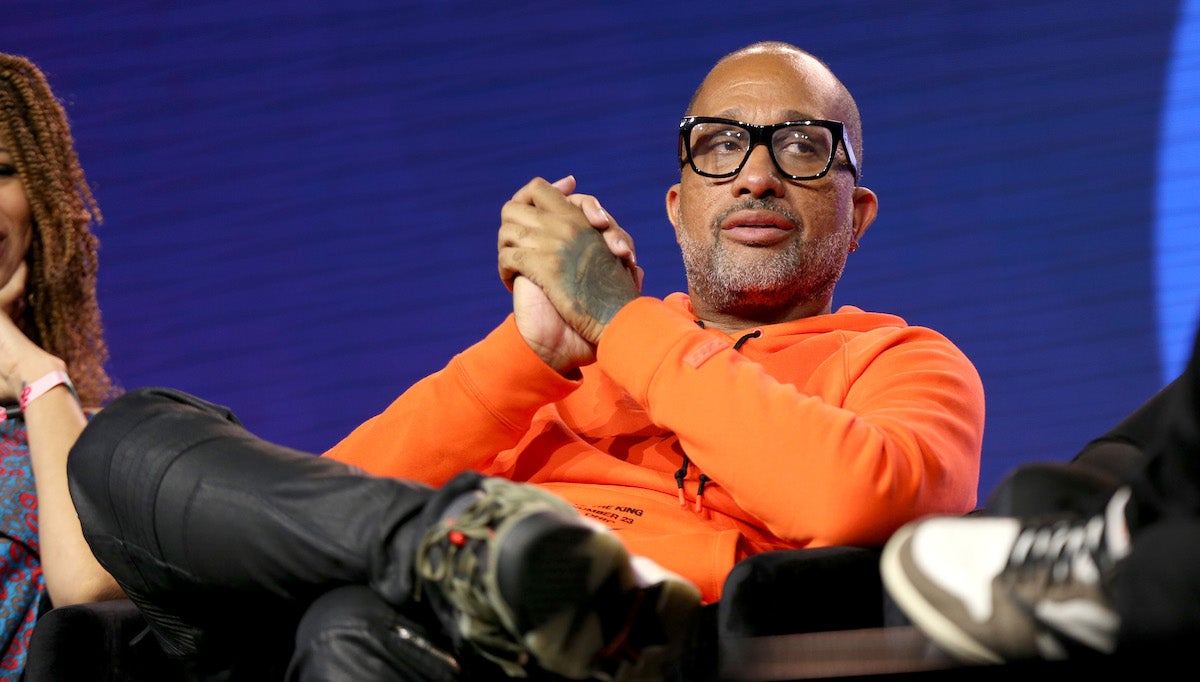 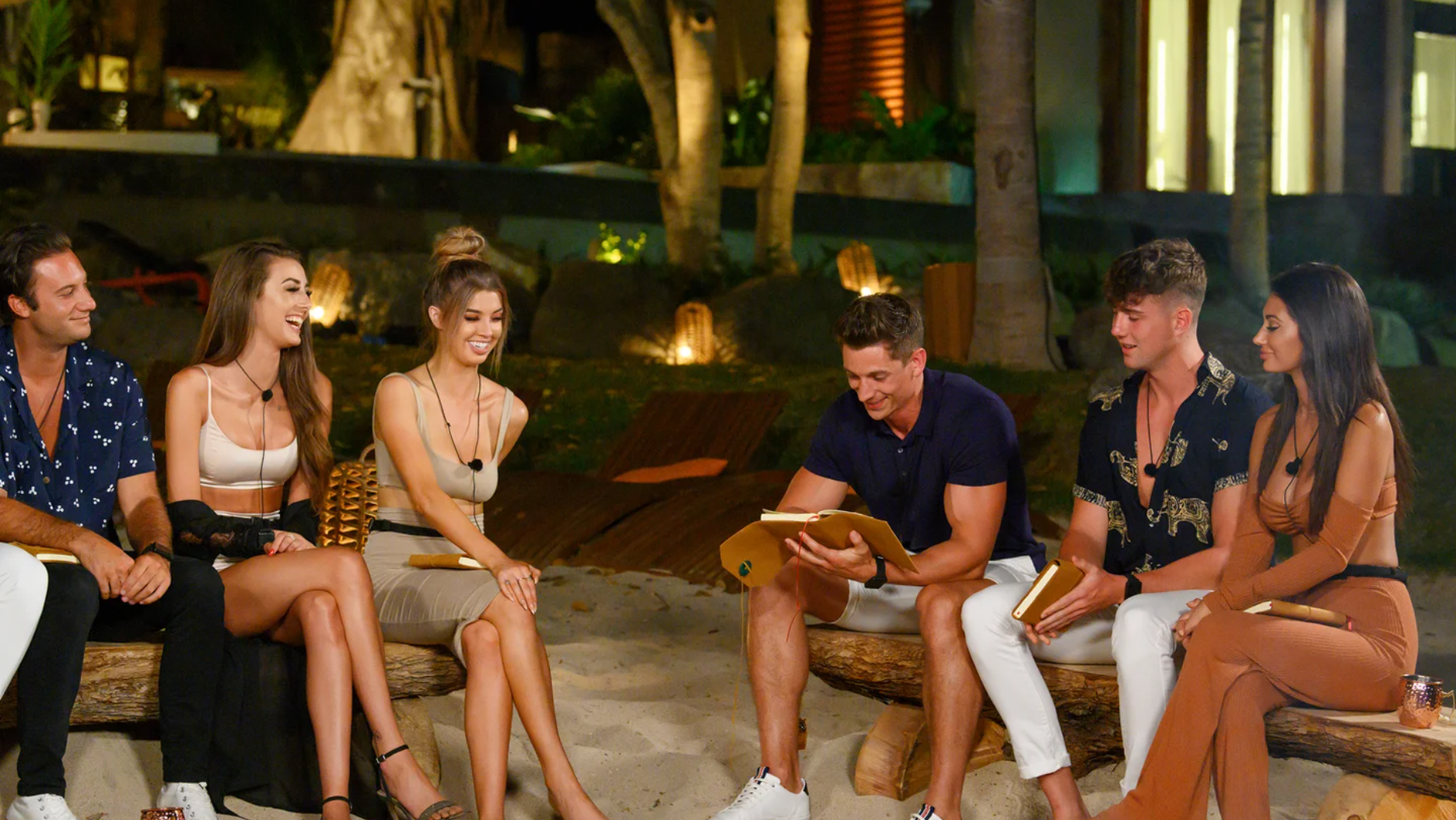 ‘Too Hot to Handle’ Cast: Where Are They Now? (Photos) 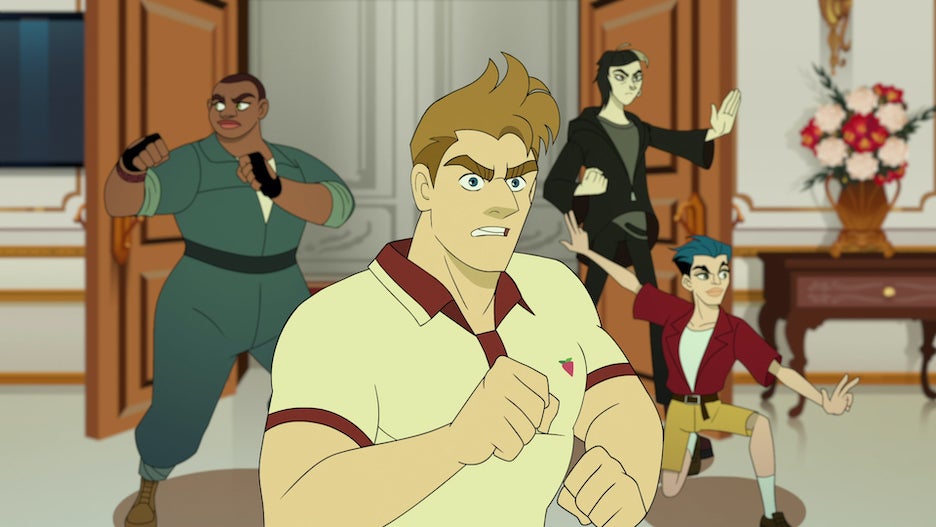