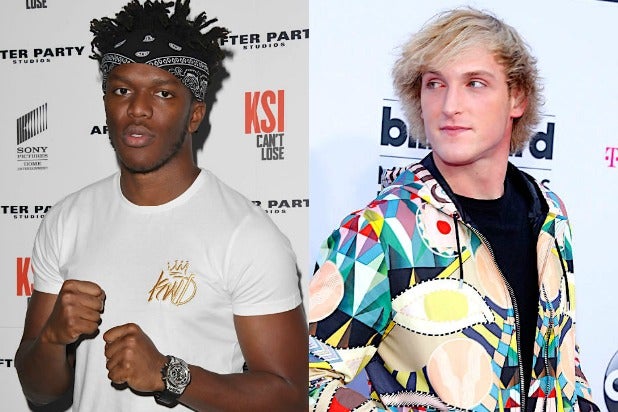 Popular YouTubers Logan Paul and KSI are taking their feud to the boxing ring.

The internet stars are facing off on Saturday, August 25, at 7 p.m. at the Manchester Arena, according to the U.K.’s Evening Standard. The match comes after the 25-year-old KSI, née Olajide William “JJ” Olatunji, Jr., challenged the 22-year-old Paul after winning a boxing match against YouTuber Joe Weller.

Paul and KSI have been feuding online for a while now, and the match is supposed to be the culmination of their feud. As the Evening Standard reported, Paul has bet $1 million on himself to win A second fight between the two is expected to take place in the United States next February.

Floor seats to the match at the Manchester Arena in Manchester, England, are 150 pounds plus fees (about $192), but you can also watch on YouTube for $10.

And, apparently, Paul is looking forward to the match-up.

Both YouTubers have met controversy in the past.

Paul put his YouTube channel on hiatus in January after posting a video that depicted the dead body of a man who apparently hanged himself from a tree in Japan’s Aokigahara forest. The video sparked a huge backlash, and Paul apologized, saying he posted the video “because I thought I could make a positive ripple on the internet, not cause a monsoon of negativity. That’s never the intention. I intended to raise awareness for suicide and suicide prevention.”

KSI has been accused of making misogynistic remarks and “trivializing rape” in his old videos, according to The Guardian. A spokesperson for KSI told The Guardian at the time that he had removed the offensive material from his YouTube years prior.

“All these news websites had me by the balls, and rightly so, the video was really bad. I can see now why I got into a lot of trouble. I was such a virgin back then,” he said last year.