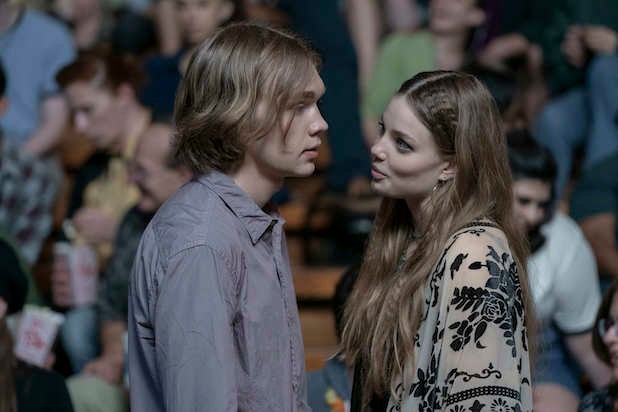 “Looking for Alaska” fans looking for a faithful adaptation of the John Green novel will find what they seek when Hulu’s limited series based on the book drops Friday, with creator Josh Schwartz telling TheWrap that his version has a “tremendous fidelity to the text.”

And that means an overarching theme of last words, including main character Miles “Pudge” Halter’s (played by Charlie Plummer) favorite, those of poet Francois Rabelais: “I go to seek a Great Perhaps.”

“The Great Perhaps, finding the Great Perhaps. Miles is obsessed with last words, right? And it’s this idea of stepping out into the unknown, of moving on into an unknown that could bring great adventure and great promise,” Schwartz said. “But I think it’s really about stepping out into the unknown and taking that risk of moving where you don’t have the answers, you don’t know what awaits you, but moving forward into it nonetheless. And that’s really for Miles, in the beginning of the story, about his decision to leave Orlando and go to Culver Creek in Alabama. It is about stepping out into the great unknown in search of something bigger and understanding something more profound outside of himself. And it’s such a beautiful concept that drives the story.”

Set in 2005, the eight-episode limited series centers around teenager Miles as he enrolls in boarding school to try to gain a deeper perspective on life. He falls in love with Alaska Young (Kristine Froseth) and finds a group of loyal friends. But after an unexpected tragedy, Miles and his close friends attempt to make sense of what they’ve been through.

For those of you who haven’t read the book and want to go into the show not knowing what to expect, we won’t spoil the twist — especially because “not knowing” is a big part of the story, too.

“The not knowing, and that there is a mystery at the core of the story that cannot be solved and that the point of the story ultimately is, it’s not about why this event happened, why this event took place, but how to grapple with the aftermath,” Schwartz told us. “And there’s a moment where the characters believe if they could just solve the mystery and understand why what happened, happened, it might change something. But it’s not going to change anything, it’s not going to undo what happened.”

Also Read: Hulu in October: Here's Everything Coming and Going

“And there’s a powerlessness to that, to anyone who has been through grief,” he added. “You wish you had answers. If only you had known, if only you had been there. But you can’t change the past, and the not knowing is something you just have to accept. And that felt really important thematically and emotionally and was something we wanted to hold onto.”