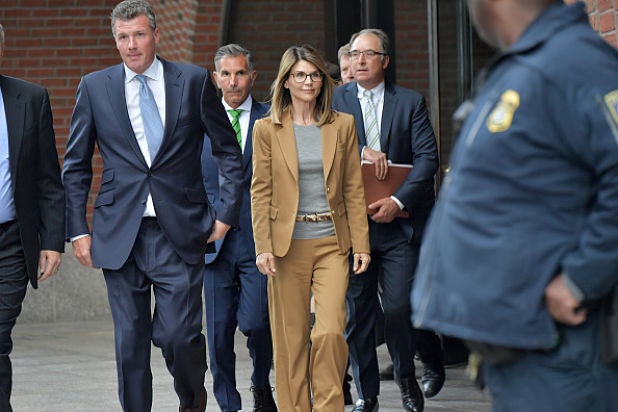 Lori Loughlin was among 11 parents hit with new charges connected to the college admissions scandal.

The third indictment handed down by the federal grand jury on Tuesday said that 11 of the parents connected to the scandal “conspired to commit federal program bribery by bribing employees of the University of Southern California (USC) to facilitate their children’s admission,” according to the Department of Justice.

“In exchange for the bribes, employees of the university allegedly designated the defendants’ children as athletic recruits – with little or no regard for their athletic abilities – or as members of other favored admissions categories.”

“Today’s charges are the result of ongoing investigation in the nationwide college admissions case,” U.S. Attorney Andrew Welling said in a statement. “Our goal from the beginning has been to hold the defendants fully accountable for corrupting the college admissions process through cheating, bribery and fraud. The superseding indictments will further that effort.”

The charge of conspiracy to commit federal programs bribery comes with a maximum sentence of five years in prison, three years of supervised release, in addition to a fine of $250,000 or twice the gross gain or loss, whichever is greater.

Other parents were also hit with additional charges of bribery and wire fraud.

The additional charges come after all of the parents, including Loughlin, were arrested in March 2019 and charged with conspiring with William “Rick” Singer and others to cheat their children’s way into elite colleges and universities.

According to the charging documents filed last month, Loughlin and her husband, Mossimo Giannulli, “agreed to pay bribes totaling $500,000 in exchange for having their two daughters designated as recruits to the USC crew team — despite the fact that they did not participate in crew — thereby facilitating their admission to USC.”

The couple pled not guilty to the charges earlier this year and have maintained their innocence in the months since.

One of the other parents involved, “Desperate Housewives” star Felicity Huffman, entered a guilty plea to one count of mail fraud and began her 14-day prison sentence last week.