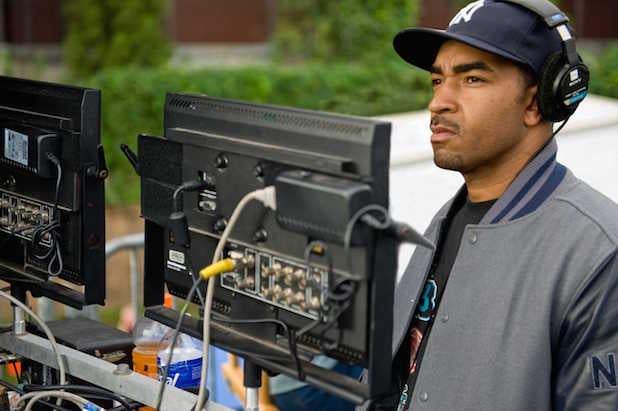 Music video director Erik White has signed on to direct the dark comedy “Break It Down” for Night Fox Entertainment, one of the companies that produced this year’s Sundance entry “Z for Zachariah.”

“Break it Down” follows a washed-up ’90s R&B star who must come to terms with his selfish and destructive behavior in order to get his band back together and court the woman of his dreams.

White, who will direct from a script by Ted Beck, made his feature film debut with Universal’s successful “Lottery Ticket.”

Night Fox Entertainment’s Timothy Christian and Rab Butler will produce with Jordan Kessler and Liz Destro, whose collective credits include “The Butler,” “Life After Beth,” and “Life of Crime,” as well as Amber Rasberry, who produced “Seasons Of Love” and served as a production executive on Tyler Perry‘s “For Colored Girls” and “Peeples.”

“We are thrilled to be working with the team at Night Fox to bring this love letter of 90’s R&B to the big screen,” said Kessler.

“We always look to partner with producers who desire to tell compelling stories. The 90’s R&B scene produced some of the best music and a large number of people still listen to songs of that era. After seeing the work Liz and Jordan did on ‘The Butler’ and Erik’s history in the music video world, I was confident they were the right people to help bring this story to the masses,” added Christian, the CEO of Night Fox.

White has won three BET/MTV Video of the Year awards and his credits also include the “The Glee Project.” He’s managed by Brad Kaplan at Primary Wave Entertainment.