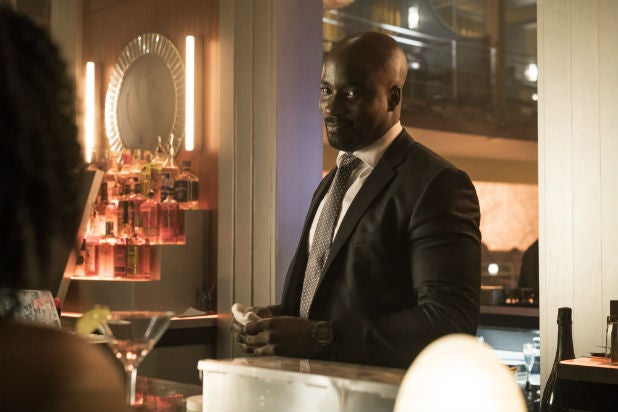 On Friday, Marvel will roll out the next chapter in the Netflix division of the Marvel Cinematic Universe with “Luke Cage,” the story of a convict-turned-crimefighter who uses his bulletproof skin to come out on top in firefights. It marks a major resurgence for a character who was designed as a way for Marvel to cash in on a trend, only to fall into comics purgatory when that trend fell out of style.

Luke Cage made his debut in 1972, a year after “Shaft” kicked the blaxploitation film craze into high gear. In some respects, Cage was a super-powered version of Shaft, with both characters looking for a new direction after getting in trouble with the law. In Cage’s case, it was necessitated when former friend and top criminal Willis Stryker framed him for heroin possession. Stryker blamed Cage for prompting his girlfriend to break up with him, though she really did it because Cage chose to leave his deadly life of crime behind and Stryker didn’t.

While in prison, Cage is chosen to be the subject in a super soldier experiment similar to the one that turned Steve Rogers into Captain America. The experiment gives him increased strength, healing factor and, most notably, indestructible skin. Cage uses his new powers to break out of prison and return to New York, where he becomes a soldier of fortune.

But like many characters designed to cash in on a trend, Luke Cage fell out of fashion following the decline of blaxploitation. To stem the tide, Marvel paired him up with Iron Fist, another ’70s hero designed to capitalize on the popularity of martial arts movies and who, incidentally, is also getting a Netflix series soon. While the team-up helped buoy for a while, Luke Cage’s comic book run finally came to an end in 1986 with Iron Fist being killed off and Cage falsely accused of murdering him.

Six years later, Luke Cage got a second chance with a new series that moved him away from his blaxploitation roots in favor of a dark and gritty vibe that was popular at the time. In the first issue of the new series, Cage burned his old costume and moved to Chicago, where he confronted his estranged brother and helped The Punisher battle drug dealers. After that series ended, Luke Cage had appearances in several series, including a team-up with Captain America on the Secret Avengers. But it was in 2003 that he met his future wife Jessica Jones, forming a relationship that would later be used to introduce Cage to the MCU.

Luke Cage’s big moment came in last year’s Netflix series “Jessica Jones,” when he was re-imagined as a hero who, despite his incredible powers, is a soulful and vulnerable man. When Jessica first encounters Luke, he’s on the hunt for the person who killed his wife. What he doesn’t know is that Jessica is the killer … but it’s complicated. She was forced to kill him by Kilgrave, who used his powers to override her free will and make her pull the trigger. Cage has been trying to fill the empty hole in his life with meaningless sexual encounters, but upon meeting a fellow meta-human in Jessica, he finally begins to see the light at the end of the tunnel. Or so he thinks.

As Jessica and Cage continue to bond and eventually fall for each other, Jessica withholds her dark secret. Eventually, Cage tracked down the bus driver he thought drunkenly struck and killed his wife. Desperate to stop him from killing an innocent man, Jessica finally revealed the truth. Enraged, Cage left Jessica to find Kilgrave. Unfortunately, his reckless attack only subjected him to Kilgrave’s control.

From there, Kilgrave used Cage to manipulate Jessica, making her think Cage forgave her for her deceit and luring her into a trap. Once Kilgrave had her where he wanted her, he ordered Cage to kill Jessica. In the resulting firefight, Jessica had no choice but to shoot Cage in the head with a shotgun. Though the discharge didn’t blow his head off, it still caused serious brain trauma, forcing Cage’s hospitalization. The nurses struggled to insert an IV to drain the excess fluid in his head thanks to his skin, but Jessica and her friend Claire Temple saved him by sticking the IV in his eye. That would be the last time Jessica would see Cage, as he fled into the New York night without a word as soon as he recovered.

“Luke Cage” will see the bulletproof hero continue his struggle with heartbreak and betrayal while fighting crime on the streets of Harlem as a neighborhood hero who just happens to work two menial jobs to make ends meet. While Mike Colter‘s portrayal of the character will be different from the Luke Cage of the ’70s, expect the show’s atmosphere and music to call back to the blaxploitation era, as well as touch upon the struggle between legacy and gentrification that Harlem faces today.

'Luke Cage' Main Characters: Everything You Need to Know (Photos)