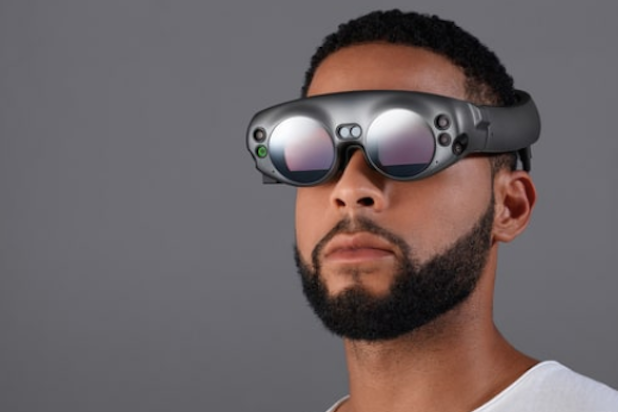 Magic Leap — the much buzzed about augmented reality startup with backing from Google, Andreessen Horowitz, and Warner Bros. — has finally unveiled its “Creator Edition” AR system.

Three years in the making, the package comes with a (semi-bulky) headset, handheld controller and a disc-shaped external computer, dubbed the “Lightpack,” that attaches at the hip like a new wave beeper. (Rolling Stone mentions there will be two sizes of goggles available.)

The product tease comes after years of speculation about what the Florida-based startup is even up to; it raised nearly $1.9 billion, according to Crunchbase, at a $6 billion valuation — and has had nothing to show for it.

Spearheaded by founder Rony Abovitz, “Creator Edition” sports four built-in mics, six cameras, and speakers. Magic Leap’s website debuted a look at the system, which will look to blend digital objects and screens with the real-world viewers see through the goggles. (Think a next-level version of the AR apps now available on iOS, which TheWrap took a look at earlier this year.) The site boasts the system will be a breakthrough on several fronts, from gaming, to browsing the web on the move, to connecting with people across the world.

“Connect in physical space with others, digitally,” as Magic Leap puts it. “It’s a new way to communicate and share experiences with friends and colleagues. Call it collaboration for another dimension.”

Sounds kinda cool, but there are still plenty of questions.

The first is: How much will it cost? Magic Leap didn’t put a price tag on “Creators Edition” on Wednesday, but Bloomberg reported it could run more than $1,500. And its rollout is still to be determined — with its site only saying it’ll be “shipping in 2018.” That narrows it down. And the biggest question mark is whether anyone will ultimately wear it. The chief reason consumers have been slow to adopt virtual reality — even beyond the dearth of content — is the cumbersome headsets that come with it. That’s one reason an experts told TheWrap Apple’s ARKit was a “game changer,” because it made AR easy to access without specialized equipment.