“Making a Murderer” subject Steven Avery has been denied a new trial by the Wisconsin Court of Appeal.

According to court documents released Wednesday and obtained by TheWrap, the court affirmed the Circuit Court’s decision to deny motions to vacate his conviction for the 2005 murder of Teresa Halbach.

“Avery raises a variety of alternative theories about who killed Halbach and how, but as the State correctly notes, a WIS. STAT. § 974.06 motion is not a vehicle to retry a case to a jury,” the court decision read. “We express no opinion about who committed the crime: the jury has decided this question, and our review is confined to whether the claims before us entitle Avery to an evidentiary hearing.” 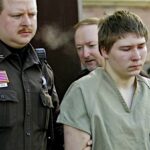 Avery’s attorney, Kathleen Zellner, tweeted on Wednesday: “Not deterred by the appellate court decision — it pointed out the specific doors that are still open for Mr. Avery’s quest for freedom. We appreciate the careful review.”

But the appeals court offered only the narrowest avenues for further appeals of the conviction. While Avery’s team offered a witness who claimed to have seen Bobby Dassey pushing Halbach’s vehicle, the court said that claim could be part of a new, standalone motion. However, the court wrote, “Avery will need to demonstrate why he could not have previously raised this claim, including in his June 2017 motion, before the merits can be reached.”

Avery and his nephew Brendan Dassey are serving life sentences for the murder of photographer Teresa Halbach in 2005. Avery and his legal team have argued that evidence that he murdered Halbach in 2005 was planted. Avery’s trial was extensively covered in Netflix’s hit docuseries “Making a Murderer.” He has previously been denied new trials.

Zellner has not responded to TheWrap’s request for additional comment.