“Malignant” was one of the most unexpected films of the pandemic era.

A small-scale horror movie from “Aquaman” director James Wan, with a top secret logline and an evocative title, it premiered during Warner Bros’ 2021 day-and-date bonanza. Barely screened for critics, it just showed up streaming one day and exploded. The movie is nuts – it involves domestic abuse, a sentient tumor and alternate personalities. “Malignant” is the kind of gooey thrill ride that you’d probably pick up from your local video store based on the cover art alone.

And so it’s with some amount of excitement that, months after the film debuted on traditional home video, it’s just gotten a 4K HD Blu-ray release. “Malignant” deserves it. We all deserve it.

TheWrap spoke with James Wan, who is currently at work on the “Aquaman” sequel, about where “Malignant” came from, what he thought of the initial critical response and what it’s like making such a meme-worthy movie. 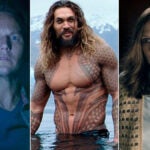 Where did “Malignant” come from?

My wife, Ingrid [Bisu]. We were looking for a project to collaborate on together and she’s very much into medical anomalies and she finds that world very fascinating. When she brought me this idea of a potential evil twin/a teratoma that is alive, I was like, “Oh my goodness, this could be interesting.” This could be something that I can sink my teeth into and turn it into an original story that I’ve never done before. That’s where the story began.

So much of the film feels like a lost ‘80s horror movie that somebody unearthed. What that your intention?

Well, that really was my main drive. I wanted to go back and make a horror film that I grew up with, like I grew up loving. I want to hug back to my first movie, like “Saw,” which really was [writer] Leigh [Whannell] and I making a film pulling in all the different loves and inspirations we’ve had from other movies into one film. And with “Malignant,” I wanted to aesthetically sort of pay homage to all the films I grew up loving.

Did you have any specific touchstones?

I’ve referenced the sort of the seventies and eighties giallo films from Italy, like Dario Argento’s films. And of course, I mean, the other big obvious influence is Cronenberg, so body horror. I’ve never made a body horror movie before, and when we were working on “Swamp Thing,” I had so much fun working on that, designing the look of Swamp Thing and playing with all the different body horror, that it pushed me. I think, unknowingly, it pushed me into wanting to direct a movie like that myself.

How important is it for to you to do smaller scale horror movies in between these giant studio projects that you’re now making?

And I love that because that’s one of the things that I think Ingrid loves is just the idea that a character that we’ve created has infiltrated pop culture in such a way. We always knew that Gabriel would become a meme. He’s such an over-the-top character and conceptually he’s so out there that he would make for a really fun meme. I love all the funny memes that are out there of Gabriel.

Looking back on the reviews when this movie came out last year, there are a bunch of critics who said that the movie took itself too seriously. Did you look at those reviews?

Yeah. I don’t know how anyone can think that “Malignant” was made from a self-serious perspective. I mean, it’s so aware of what it is, I think. And even if they don’t think the film is that way, they can at least look at me and the body of work that I’ve done. I feel like people know the kind of films I’ve made by now, and I think that aspect, the baggage that I bring to it would be pretty obvious, I think. 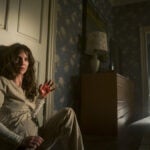 What was it like landing on that tone? Did you find it during production?

Put it this way. I knew that I probably wouldn’t get the opportunity to do something like this very often in my career. And so here I get one or two chances. I don’t want to mess it up, if you will. I don’t want to get this opportunity and not take advantage of it. One of the things that I knew going into this is I was aware of people’s perception of me and the movies I’ve made. And so I wanted to take that perception and turn it on its head. I wanted to start a movie out that go, oh, people go, “It’s James doing another one of his ghostly, supernatural movies.” But then halfway through that, I pull the rug from underneath them. And so it was a lot of me just having fun with the movie, but also me having fun with what I think people know of me.

How bummed were you that this didn’t have an exclusive theatrical release?

I was bummed because that year that it came out, I had three movies that opened straight to HBO Max and in theaters at exactly the same time, and those three movies were “Malignant,” “Conjuring 3,” and “Mortal Kombat.” And these three films would’ve played incredibly well on the big screen on their own and probably would not have been siphoned by getting streamed at the same time.

Now having said that, listen, we were at a pretty bad time, the whole world. We were in a pretty bad time in our lives. And so I get it. I wasn’t expecting people to go to theaters at that very moment because the world was in hell and we weren’t sure what was going on and I would not want people to risk their lives to just go to see a movie. And so I thought, at the end of the day, I make these movies, I want people to see it and however they get to see it, that’s the most important thing is people get to see it.

I do think by being on HBO Max, a lot of people that may not have gone to the theaters to see it in the first place, actually put it on and join in the chorus of this, this explosion on Twitter of like, “What the hell is this movie? Oh my God.” And just kind of got into the fun-ness of it all. 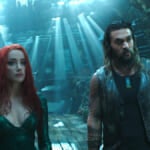