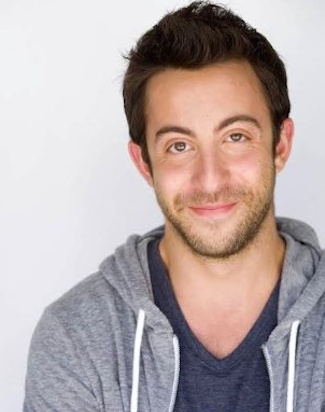 “That’s a First” will feature Rose doing new things for the first time, including riding a horse, flying in a helicopter, scuba diving and eating strange and exotic foods.

Each episode will run approximately 90 seconds and debut on YouTube, while behind-the-scenes content from the show will premiere exclusively on Cyber Dust. A premiere date will be announced next month.

“One of the great things about Cyber Dust is the value our users get out of the exclusive content that’s being created and shared amongst millions of dusters. We are excited to have Adam doing our first Cyber Dust Original Series that we’re sure his fans and many Cyber Dust users will be thrilled to engage with,” Cyber Dust CEO Ryan Ozonian told TheWrap.

Rose is a veteran of both the big and small screens. He has worked with A-list directors such as Jason Reitman on “Up in the Air,” Noah Baumbach on “The Squid and the Whale” and Woody Allen on “Deconstructing Harry,” in which he played Robin Williams’ son.

The young actor garnered a cult fan base after playing Max on the popular TV series “Veronica Mars.” He also appeared on “Supernatural” and “NCIS: New Orleans,” and has had recurring roles on “Weeds” and “Necessary Roughness.”

In addition to being an actor, Rose has experience creating content, having written, produced and directed the award-winning short film “Queen,” which stars Ryan Eggold as a drag queen cabaret star.

Rose, who is developing several additional film and TV projects, is represented by Domain Talent and attorney Robbie Koch.