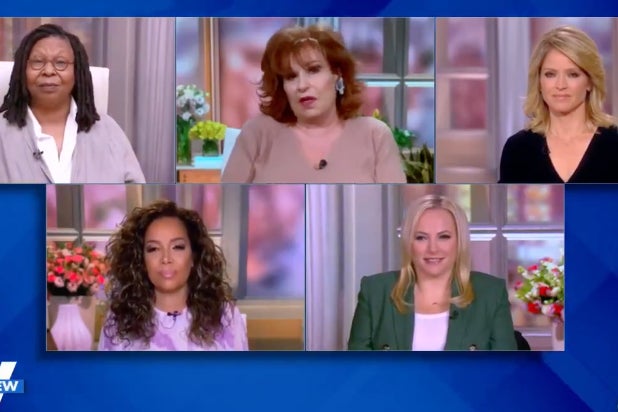 After a week off, “The View” returned Monday with the co-hosts weighing in on the recent sexual misconduct allegations against Congressman Matt Gaetz. An enraged Sara Haines ripped into Gaetz, stating that “the disturbing part of this story that really bothered me were the showing of pictures, the bragging and the competition. Because that’s like repeated violation. That’s not just a one-time incident that was inappropriate or abusive. This is something that’s being shared with people. And as a woman, I find that so disturbing.”

After Whoopi Goldberg showed a clip of Gaetz on last week’s Tucker Carlson, where he tried to deny the accusations but instead was thrown under the bus by Carlson, co-host Joy Behar couldn’t help but snicker before sharing her observation. “I think that Trump emboldened people like Matt Gaetz. I mean, if daddy’s doing it, well then I can,” she said. “Trump enabled that type of behavior and he went with it. And I think he’s really in a lot of trouble when even Fox is turning on him.”

“How do people get these jobs?” Haines asked incredulously.

Meghan McCain was quick to fire back, responding, “Any moron can get elected to Congress. Some of the dumbest people in the history of American history are in Congress and some of them currently.”

Also Read: Matt Gaetz Says He Has No Plans to Resign

McCain went on to reveal that Gaetz always had a weird reputation on Capitol Hill and brought up his vote against the anti-sex trafficking bill last year. “He should certainly resign in the same way that Cuomo should resign,” McCain said — though being in agreement with her co-hosts didn’t stop her from throwing a subtle dig at Democrats and adding, “I think that Eric Swalwell who has been accused, and hasn’t denied, sleeping with a Chinese spy hasn’t been removed from the Intelligence committee — I don’t understand why that’s not more of a scandal for Democrats.”

Watch the segment below: