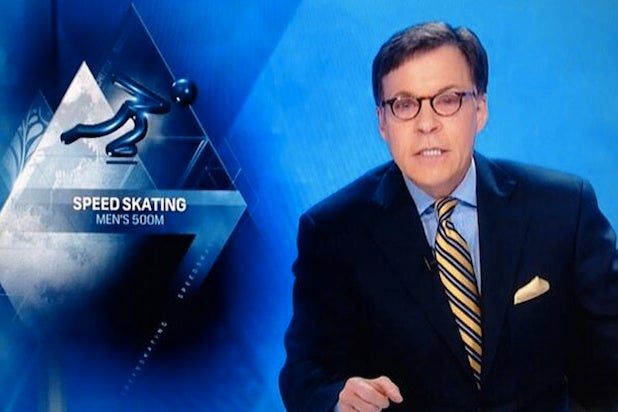 Matt Lauer will fill in for Bob Costas during Tuesday night’s Olympic coverage as he recovers from a serious eye infection.

Since Thursday night, Costas has struggled with the eye problem, squinting through thick glasses with his eyes red and puffy.

By Monday night, it appeared the infection had spread to the other eye.

Costas called into “Today” on Tuesday morning and spoke with Lauer, who was concerned about the sports anchor and asked if he was alright.

“Well, even worse than when you saw me this morning, Sochi time. So, reluctantly, I was trying to throw a complete game here, but I think we’re going to have to go to the bullpen,” Costas quipped. “I don’t know if you’re aware of this or not, but you’re Mariano Rivera, at least tonight.”

“So, I’m going to step in for you tonight, the master of Olympic primetime?” Lauer asked.

“I believe that’s it,” Costas said. “Let’s hope it’s only tonight because right now I’m walking around and might as well be playing Marco Polo. I have no idea where I am.”

Watch the announcement below: