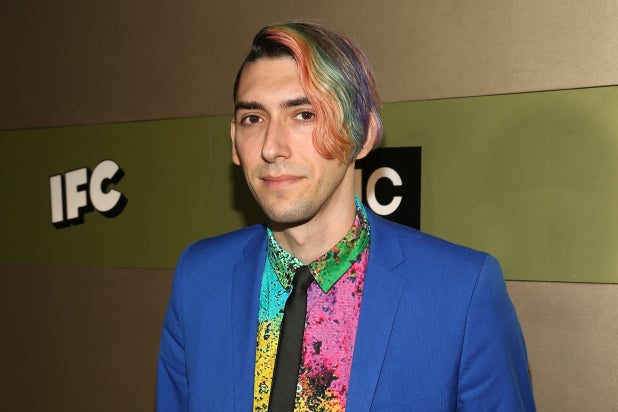 Max Landis isn’t exactly looking forward to the possibility of seeing himself portrayed on the big screen.

The “Chronicle” writer took to Facebook to rip the Black List-featured script for “the untitled Lax Mandis project,” a clear parody about a creative exec who must find a way to work the with the titular megalomaniac screenwriter. Yeah, that latter one is Max — err, Lax.

It’s actually the fourth script Landis has read that he’s been in, per Monday’s lengthy Facebook takedown. It’s the second in which Landis was actually the movie’s bad guy. That must feel good.

“I was only able to get through a couple pages,” Landis wrote of this one. “Disappointingly bad writing, but such I guess could be expected given the unbelievably lazy and superficial criticism of the industry I was able to glean. I mean we’re talking sub-‘Entourage’ levels of insight; the script talks like it’s ‘Swimming with Sharks’ or ‘The Player’ but then has the execution and knowledge base of a first year film student who just blew up on his date at Arclight because she didn’t appreciate ‘Prometheus.'”

Of the Mandis character specifically, Landis added: “It’s not real enough to hurt my feelings, but it is weird enough to creep me out.”

What’s perhaps most bizarre to him is that Landis says he never even met the script’s writer, Seth Spector, who he called “poor, frustrated, jealous and sad” on the social media post.

But the real Landis says the problem isn’t that he is basically being bullied — here’s the issue: “My problem is that what is essentially a self indulgent, masturbatory 100 something page troll tweet temper tantrum was allowed to take the spot of some other actual script with an actual story someone felt passionate about on The Black List.”

The Black List is an annual compilation of the best unproduced screenplays in Hollywood.