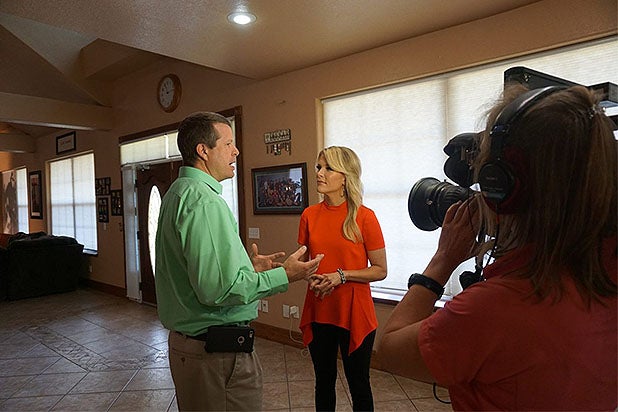 Megyn Kelly scored a ratings hit when she interviewed embattled “19 Kids and Counting” parents Jim Bob and Michelle Duggar, but media experts say the Fox News Channel anchor struck out when it comes to journalistic standards.

“It seemed to be pretty much about helping the Duggars salvage their brand rather than getting to the bottom of what happened in this family,” NPR TV Critic Eric Deggans told TheWrap. “She wasn’t particularly incisive and she didn’t push the Duggars on issues that I think are at the heart of this — why they waited so long to go to law enforcement, why they took all these unofficial avenues to get their children help.”

A total of 3.1 million viewers tuned in on Wednesday night to watch the stars of the popular TLC reality show defend their handling of eldest son Josh’s molestation of five underage girls — a babysitter and four of the Duggar daughters. During the broadcast, the Duggar parents appeared to downplay what happened.

“This was not rape or anything like that, it was touching someone over the clothes,” Jim Bob told Kelly. “There were a couple of times he touched someone under the clothes for a few seconds. Each time he came and told us, crying. It was the third time that we decided we needed help.”

Prompted by Kelly, the two blamed Arkansas authorities for releasing Josh’s police records detailing his actions, which they claimed were sealed — a point that Springdale, Arkansas, city attorney Ernest Cate disputed on Thursday. The Duggars also criticized the media for disseminating the information, with Michelle suggesting that the girls have been “victimized more” in recent weeks than they were 12 years ago.

Critics say Kelly allowed the Duggars to spend too much time blaming others, instead of asking more hard-hitting questions.

“She was obviously sympathetic to their cause,” Columbia University Graduate School of Journalism professor June Cross told TheWrap. “She gave them the sympathetic ear they needed and the platform they were looking for to get their story out.”

Deggans, who has been a journalist for more than two decades, agreed.

“Twenty minutes passed in the interview before she asked how the daughters felt about what happened to them,” he noted.

A rival cable news executive, who wished to remain anonymous, was equally critical, telling TheWrap: “The interview was a complete mockery of all journalistic principles of pressing for the truth and debunking spin.”

The rival executive added sarcastically: “It’s obvious why the Duggars went with Fox despite their longstanding relationship with NBC’s ‘Today Show’ … they wanted a ‘fair and balanced’ interview.”

Meanwhile, CNN anchor Ashleigh Banfield told TheWrap she has many problems with the way the Duggars dealt with the abuse taking place in their home. But as a parent, she is sympathetic to everyone involved.

“Megyn is a mother. I am a mother. I have gone back and forth between anger towards Jim Bob and Michelle for endangering their daughters, and sympathy for what those fellow parents went through,” the “Legal View with Ashleigh Banfield” anchor explained.

“Putting the children in danger may be inexcusable, legally, but I could see a jury of their peers looking across a court room pondering what each of them would have done in the very same circumstances,” she said. “That said, welcoming reality cameras into this maelstrom invited the legitimate attention they are now getting in the wake of their actions and inactions.”

TLC pulled “19 Kids and Counting” from its schedule on May 22 after reports of the molestation scandal first surfaced. Days later, advertisers including General Mills, Walgreens and Choice Hotels jumped ship.

The cable network remains mum on the fate of the series. But Deggans doubts that Jim Bob and Michelle’s sit-down with Kelly will be enough to save the show.

“It will be really hard for TLC to bring this show back, and it will have to be more than this interview,” he said. “They’ll have to sit down with someone who is really independent and answer some really tough questions about what happened. If they do that, maybe they can salvage it. But now, I don’t see how TLC brings it back.”