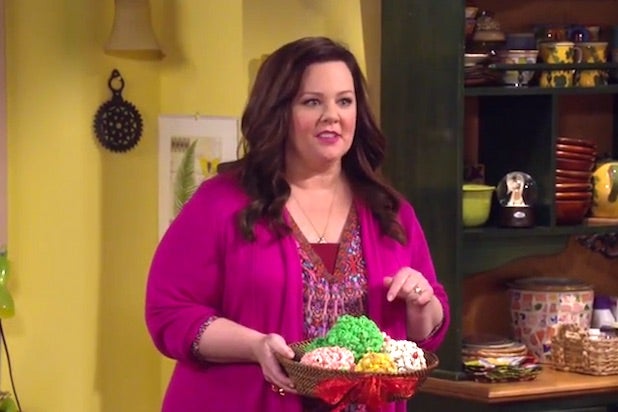 “I was shocked and heartbroken when @CBS canceled #MikeAndMolly,” McCarthy tweeted Monday. “I would have shot this show for 50 more years. I’ll miss my 2nd family.”

In a lengthy Facebook post, Rondi Reed announced that CBS is canceling “Mike & Molly,” which co-stars Billy Gardell and

“Before you hear it elsewhere (and some already have) this is the Final and 6th Season of ‘MIKE & MOLLY’ on CBS,” wrote Reed, who plays Peggy on the show.

“It is also a shortened season (13 episodes) after the announced full renewal of 22 episodes back in March by the network,” she continued. “We are done taping as of January 27th 2016 and I am not sure exactly when/if the episodes will all be aired. The network has it’s reasons, and I will not get into a debate, discussion, or campaign to get them to change their minds. Other venues were explored by WB and Bonanza Productions (Chuck Lorre) after CBS announced their intentions, but did not turn up a future for our show. It is a fact and we have known for a few weeks.”

Gardell, who plays title character Mike, also told fans on Twitter that the series would soon be ending.

“Mike and Molly returns Jan 6, it will be our last episodes. There are 13 of them. Thank you everyone who supported us,” he tweeted on December 3.

The CBS sitcom has been a solid ratings performer. Its fifth season averaged 8.4 million viewers per episode and a 2.0 rating in the advertiser coveted adults 18-49 demographic.