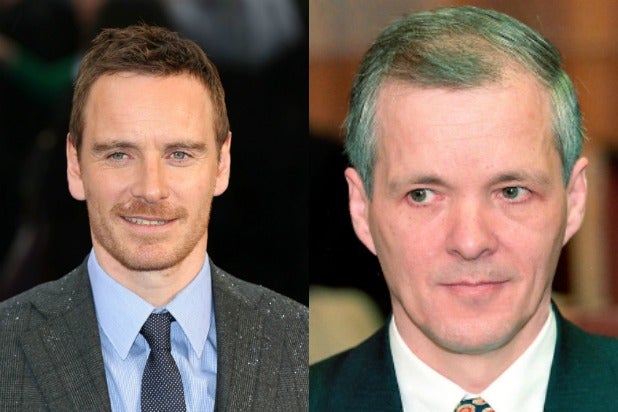 Michael Fassbender is being eyed to play Austrian serial killer Jack Unterweger in “Entering Hades,” a Broad Green Pictures project that the “X-Men” star is teaming with “Se7en” producer Richard Saperstein, among others, to produce.

Broad Green has closed a deal for rights to “Entering Hades,” which is based on John Leake’s true crime novel. Bill Wheeler wrote the original script, which Oscar winner Alexander Dinelaris (“Birdman”) is rewriting with Fassbender in mind for the creepy lead role.

Unterweger was a celebrated Austrian journalist and best-selling author who led a double life, investigating murders by day and killing by night. He killed 11 people across multiple continents before being apprehended in 1992 and dying two years later at the age of 43.

“With Bob and Richard’s vision and Michael’s keen ability to bring captivating characters to the big screen, we are confident that ‘Entering Hades’ will be an entertaining thriller that draws a big audience,” said Broad Green principals Gabriel and Daniel Hammond.

“This is exactly the kind of elevated commercial material that we are looking to produce through our deal with Broad Green. Michael Fassbender is one of today’s most talented actors and we are thrilled to be in partnership with him, as well as Conor and Daniel, to bring this extraordinary story to the screen,” added Cooper and Saperstein in a joint statement.

Fassbender next stars in a trio of films from 20th Century Fox — “X-Men: Apocalypse,” “Assassin’s Creed” and Ridley Scott‘s “Alien: Covenant.” He also has the DreamWorks drama “The Light Between Oceans” and Universal’s thriller “The Snowman” on the horizon. He’s represented by CAA and Troika.