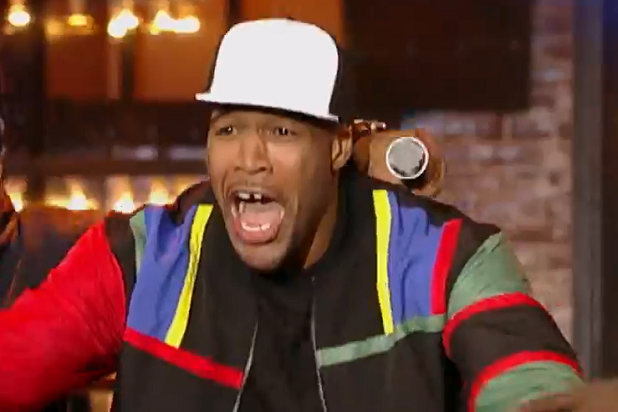 The “Live! With Kelly and Michael” co-host takes to the stage of Spike TV’s “Lip Sync Battle” on the hit competition show on Thursday to take a crack at the 1990 Bell Biv DeVoe chestnut “Poison.”

As evidenced by a newly released sneak peek, Strahan, dressed in appropriately baggy, brightly colored period attire, gives a game performance of the song, but he’ll have some stiff competition on Thursday, when he faces off against “Today” personality Hoda Kotb.

See video: Mike Tyson Gets a Knock Out Punch From Terry Crews on 'Lip Sync Battle'

Which faux warbler will emerge victorious? Time will tell, but in the meantime watch a glimpse of Strahan’s performance and place your early bets.