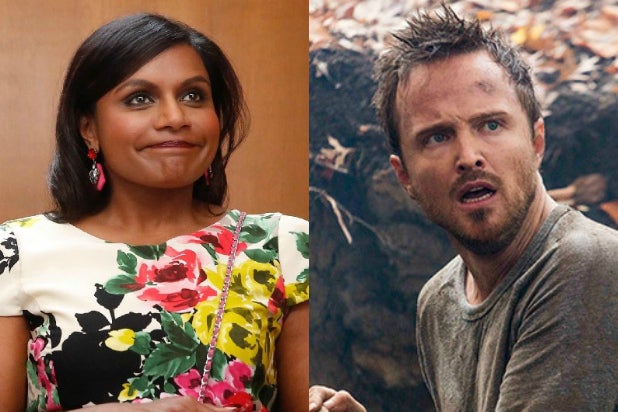 Hulu had a laundry list of announcements at its 2016 upfront presentation Wednesday morning, beginning with the renewals of original series “The Mindy Project” and “The Path.”

The SVOD service also ordered a new Triumph the Insult Comic Dog election special, as well as a virtual reality series with Live Nation, which will take music fans closer than ever to concert stages.

Plus, the company revealed its acquisition of Ron Howard‘s “The Beatles: Eight Days a Week,” which will kick off the efforts of its new arm, Hulu Documentary Films.

Hulu also revealed a new interactive advertising partnership with Brightline and the launch of a potentially groundbreaking digital viewership measurement system through Nielsen. Additionally, the company is teaming up with Millward Brown on a data initiative, and unveiled for advertisers new brand integration deals with Goose Island Beer (for “Casual”) and Lexus (“Mindy”).

Finally, the streaming service stated that its subscriber base has grown more than 30 percent year over year and will reach 12 million subs in the U.S. this month.

“Over the past year, we’ve propelled Hulu by adding an extraordinary array of original series, hit broadcast and cable shows and blockbuster movies to our content portfolio — all of which has led to incredible growth in subscribers and engagement,” Hulu CEO Mike Hopkins said in his general remarks. “In 2016, we’re going even bigger and bolder. We’ll expand our offering with more premium content and brand new ad measurement products that will continue to make Hulu the leader in choice for seamless entertainment and advertising experiences.”

Also Read: NBCUniversal in Talks With Hulu to Live-Stream TV

Debuting in theaters and on Hulu this fall, “The Beatles: Eight Days a Week” is based on the first part of the Beatles’ career and will explore how John Lennon, Paul McCartney, George Harrison and Ringo Starr came together to become this extraordinary phenomenon, Hulu said. It will explore their inner workings — how they made decisions, created their music and built their collective career together — all the while, exploring the Beatles’ extraordinary and unique musical gifts and their remarkable, complementary personalities.

The film will focus on the time period from the early Beatles’ journey in the days of the Cavern Club in Liverpool to their last concert at Candlestick Park in San Francisco in 1966.

“Eight Days a Week” is produced with the cooperation of McCartney, Starr, Yoko Ono Lennon and Olivia Harrison. Nigel Sinclair, Scott Pascucci and Brian Grazer are producing alongside Howard. Additionally, Apple Corps Ltd’s Jeff Jones and Jonathan Clyde will serve as executive producers, along with Imagine’s Michael Rosenberg and White Horse’s Guy East and Nicholas Ferrall. Paul Crowder is editor and Mark Monroe is the writer. Marc Ambrose is a supervising producer.

Here’s some additional information on the Live Nation-collaborative VR push, in Hulu’s own words:

Live Nation’s content in the Hulu VR app will immerse fans in the visual and auditory excitement of a live, virtual performance. Fans will hang backstage with their favorite artists before the show, experience the intensity of walking on stage as the crowds cheer and get the best seat in the house for the beginning of the performance

Additional details around timing of Live Nation’s VR content as well as artists featured will be announced at a later date.