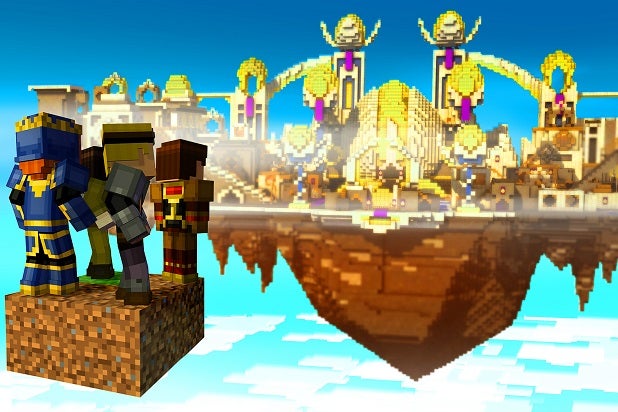 The narrative-focused video game developer Telltale Games revealed Tuesday morning that the first season of “Minecraft: Story Mode” will be extended with three “post-season” episodes after the last of the five eps originally planned launches next week.

Episode 5, “Order Up!” will land on March 29 and will “bridge the gap between the Wither Storm story arc, and three all-new adventures that will continue as post-season episodes set to release in the coming months of 2016.”

Telltale didn’t announce a specific timetable for the release of the three additional episodes, which will star series mainstays Patton Oswalt and Paul Reubens, as well as newcomer Sean Astin.

Also Read: 'Minecraft' Movie to Be Directed by 'It's Always Sunny in Philadelphia' Star Rob McElhenney

The season extension is an unprecedented move for Telltale, the first notable game development studio to adopt the episodic gaming model as its primary business model. It produces games that are highly focused on storytelling rather than players’ skills.

Telltale, which has focused almost entirely on developing games based on existing properties, broke out in 2012 with its “Walking Dead” series, and has since produced narrative video games based on “Game of Thrones,” the “Fables” graphic novels, and the action game “Borderlands.” Telltale also has “Batman” and an unknown Marvel series in the works.

“Minecraft: Story Mode” is available on PlayStation 3 and 4, Xbox One and 360, iOS, Android and computers.