Aging mobster Vincent Asaro was acquitted Thursday of charges that he helped plan the iconic 1978 Lufthansa heist which was chronicled in Martin Scorsese‘s 1990 movie “Goodfellas.”

A federal jury reached the verdict that surprised even Asaro (pictured celebrating with his lawyers above) when it was read aloud during the racketeering trial at Brooklyn Federal Court on Thursday.

Prosecutors argued that Asaro was deeply involved with the gangsters who breached the Lufthansa terminal at JFK airport on Dec. 11, 1978, and emptied a vault of $6 million in cash and jewels.

“It feels great. I’m going to go home, and my daughter’s going to cook me a meal … something other than a baloney sandwich … It’s been two years,” Asaro told reporters outside court following the verdict, the New York Post reported.

The elderly criminal even took the opportunity to trash-talk his cousin, Gaspare Valenti, who was a key witness in the prosecution’s case against him. “Tell Mr. Valenti I’m happy he’s gonna live on the $3,000 a month the government is going to give him. It’s a shame what the government does with taxpayer money,” he said, mocking the government’s witness protection program.

Asaro was also acquitted of other crimes including helping another mobster strangle a suspected snitch with a dog chain back in 1969. 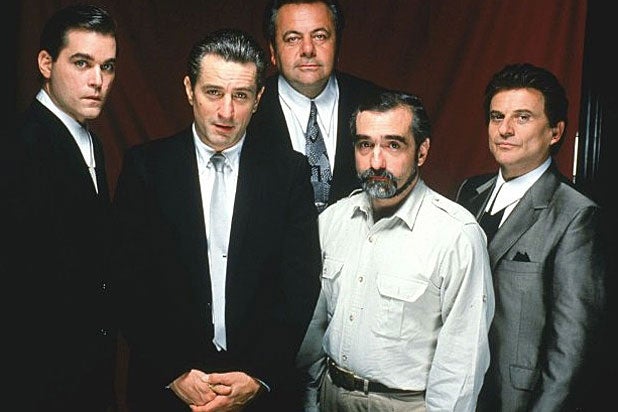 The 80-year-old was born into the Bonanno crime family, following in the footsteps of his father and grandfather, and was so devoted to the cause that he had “death before dishonor” tattooed on his arm, according to Assistant U.S. Attorney Alicyn Cooley.

After the Lufthansa heist that raked in millions including mountains of $100 bills and jewels, Asaro reportedly survived the bloodbath portrayed in “Goodfellas,” in which Robert De Niro‘s character (James “Jimmy the Gent” Conway) had his fellow mobsters killed over concern that their flashy purchases would attract the attention of investigators.

Prosecutors claim Asaro collected at least $500,000 from the robbery, but then gambled it away.

When asked about how the biggest crime of his career was portrayed in “Goodfellas,” Asaro told reporters: “Don’t believe everything you see in the movies,” according to the New York Daily News.