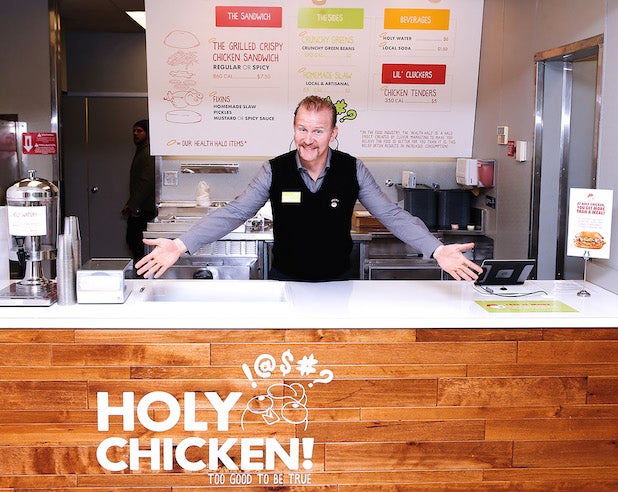 Nearly two years after documentary filmmaker Morgan Spurlock published a #MeToo mea culpa on Twitter that derailed his career and shuttered his 65-employee production company, he’s back this month with the release of his previously shelved sequel to “Super Size Me” and the launch of a pop-up chicken restaurant in New York City.

In an interview with Business Insider published on Thursday, Spurlock said he thought his Twitter confession in December 2017 showed the need for people implicated by #MeToo to “own up to their past and confidently move forward.”

In that much publicized confession, the filmmaker best known for “Super Size Me,” his seminal McDonald’s experiment, admitted to sexually harassing a female assistant of his and being unfaithful to every one of his romantic partners. He also described being accused of rape in college. “I am part of the problem,” he said.

Also Read: Morgan Spurlock Recalls Accuser From His College Days: 'She Believed She Was Raped'

“I felt I have said things and had behavioral missteps that are just as upsetting and problematic and, looking back, I’m upset about them. I felt I should just admit this, I should own up to it. I should say that I can do better,” Spurlock said of his decision to make a public confession. “In this heated #MeToo conversation, me doing that was partly that we need to have a space where people can own up to their past and confidently move forward. And I don’t think we were there then and I still don’t think we are there now.”

But the filmmaker also said he didn’t fully realize how far-reaching the ramifications to his confession would be and how exactly it would impact the people employed by his now-shuttered production company, Warrior Poets. (The company had also been accused by former employees of fostering a “fratty boys’ club” work environment.)

“I thought some people would get upset. I thought some things may go away. I never thought it would be complete slash and burn of everything,” he told Business Insider. “Within eight days, our whole company was decimated.”

“I went from 65 employees to three, basically me and my brother and our accountant. Every movie and TV project we had went away,” he continued. “The hardest part for me was I literally put so many people in my company out of work right before the holidays. It was right before Christmas. It was really hard for me to personally understand and deal with the situation. But I also knew I myself had put those people into this difficult spot.”

Though Spurlock’s latest work, “Super Size Me 2: Holy Chicken!,” lost its backing from YouTube Red following his Twitter confession, the film has since found new distributors in Samuel Goldwyn Films. The documentary, which follows Spurlock as he opens his own chicken restaurant and examines the poultry industry, had a limited release earlier this month and was made available for online streaming last Friday.

In a separate interview with ABC News’ Juju Chang on Wednesday evening, Spurlock laid out how he’d been making amends over the past year and a half.

“I got sober 640-plus days ago and it’s been the greatest thing. I wish I’d done it 10 years ago,” he said. “Now I’m at the point of my journey where I’m reaching out to the people and starting to make amends, where I’m contacting them, I’m sitting down with them, I’m talking to them.”