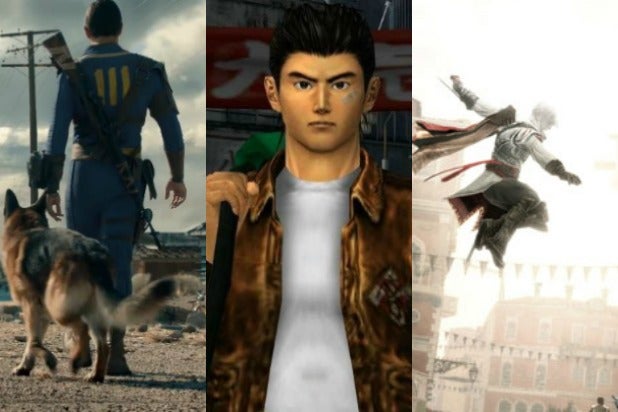 One of the games industry's most enduring traditions is promising much and delivering much less. But some releases miss the mark more than others, and this is the list of games that missed hardest.   While "No Man's Sky" is certainly a contender for this list, by the way, it's too fresh to include right now. 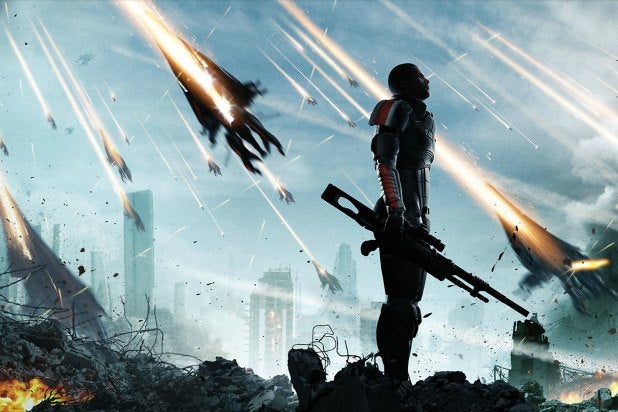 20. "Mass Effect 3" (2012) The culmination of a trilogy in which players were constantly told that every choice they made mattered, but in the end it turned out very few actually did. Adding insult to injury, the ending ran counter, thematically, to everything we understood about the series to that point. It was a soul-crushing experience. 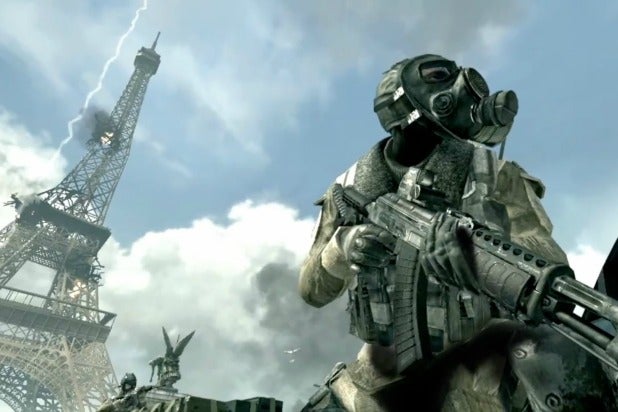 19. "Call of Duty: Modern Warfare 3" (2010) After "Modern Warfare 2" in 2009, developer Infinity Ward lost a ton of longtime staff when the studio's heads became embroiled in a legal battle with publisher Activision over unpaid royalties on the game. "Modern Warfare 3," perhaps understandably, came out really lackluster, ruining the conclusion of what had been a great series within the "Call of Duty" franchise. 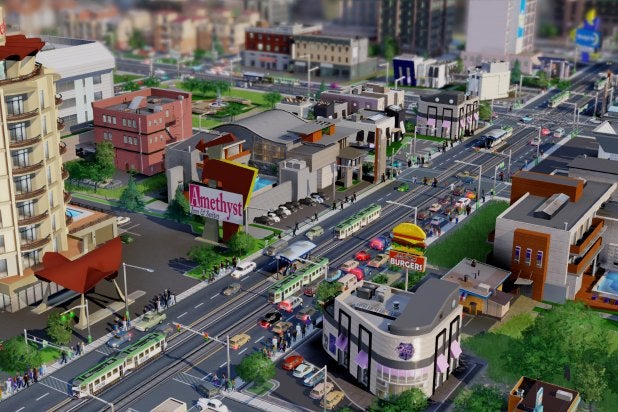 18. "SimCity" (2013) It was so exciting to get another SimCity game -- until it was revealed that for some inexplicable reason you'd have to be connected online to play. And then the game came out and nobody could connect. 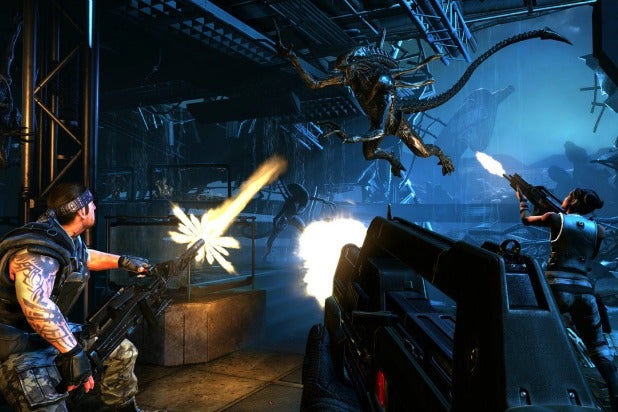 17. "Aliens: Colonial Marines" (2013) Finally, like, a legit Aliens game, we thought and were promised. Except actually it was just a totally unremarkable shooter made without a modicum of creativity. 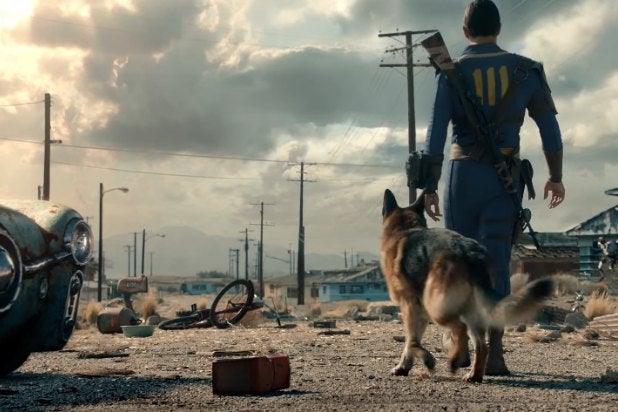 16. "Fallout 4" (2015) A classic example of the games industry's inability to focus and insistence on constant late-stage reshuffling. It's a totally confused mess, with none of the charisma of previous "Fallout" games. 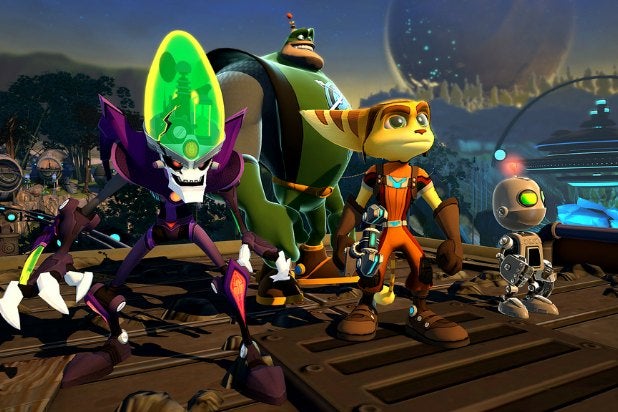 15. "Ratchet & Clank: All 4 One" (2011) The main games in the series weren't selling well, so Sony and Insomniac Games decided to shake up the formula by putting together a totally bland, new and not-fun "Ratchet & Clank" built around playing with friends. It turned out the shift in philosophy robbed the property of most of its appeal. 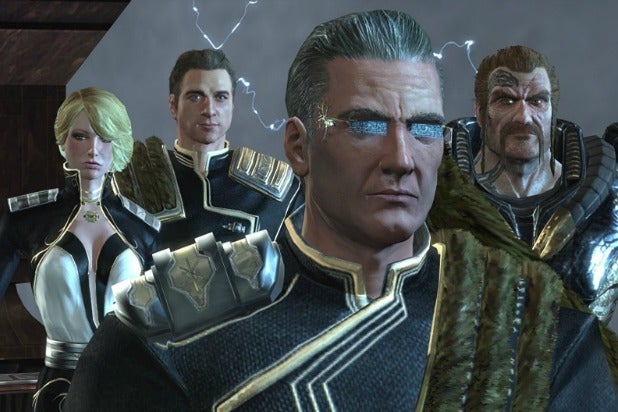 14. "Too Human" (2006) One of those games that took forever to make but promised a transcendent gaming experience at the end of the tunnel. As usual, the final experience wasn't transcendent so much as it was just bad. 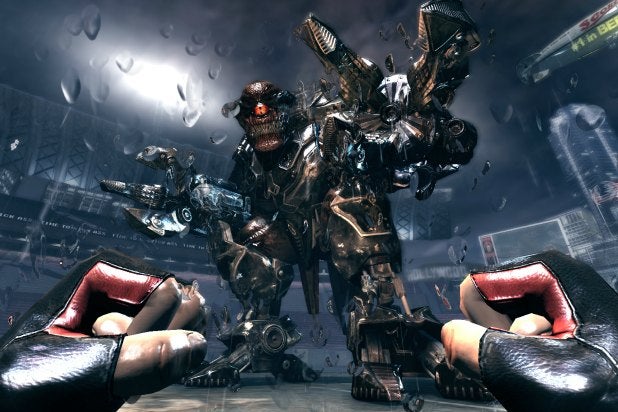 13. "Duke Nukem Forever" (2011) "DNF" was in production for what felt like centuries, and saw the light of day only when Gearbox Software purchased the "Duke Nukem" property and funded it to completion. And, as usual, a game in development for a decade turned out to be pretty bad, and fans who'd been waiting half their lives for it were pretty sad. 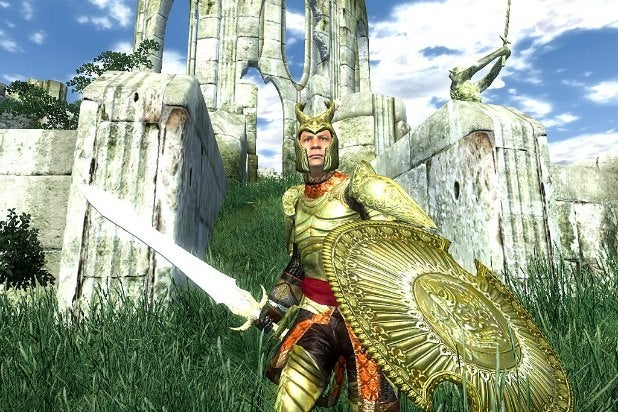 12. "The Elder Scrolls IV: Oblivion" (2006) Bethesda is known for producing games that are open and allow players to go whatever they want and do whatever they want. A decade ago this was an enticing prospect, and "Oblivion" really kicked off the current wave of that kind of game. Unfortunately, all the stuff that there is to do in "Oblivion" is pretty boring and everywhere you can go looks the same as everywhere else. 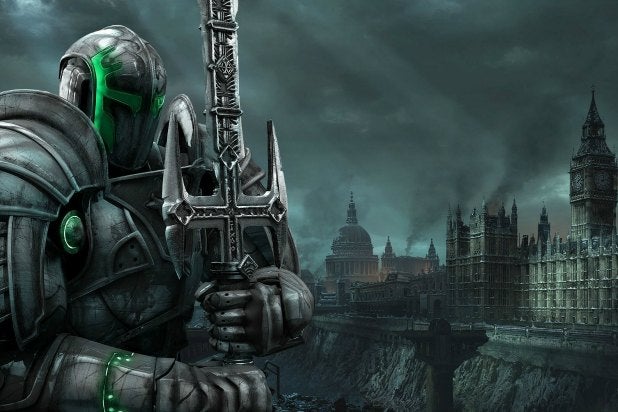 11. "Hellgate: London" (2007) A great example of a video game going with a really interesting and appealing Hollywood-esque marketing campaign that bore very little resemblance to the final product. 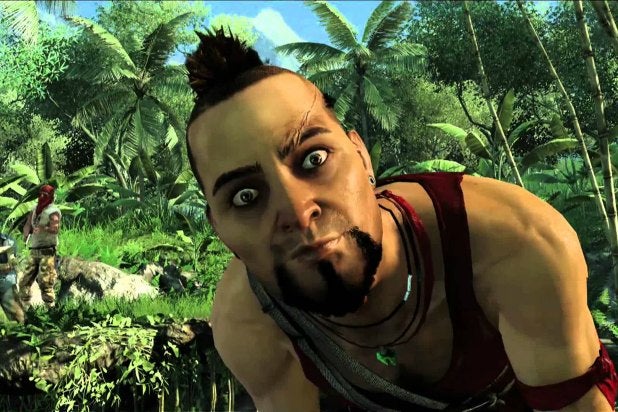 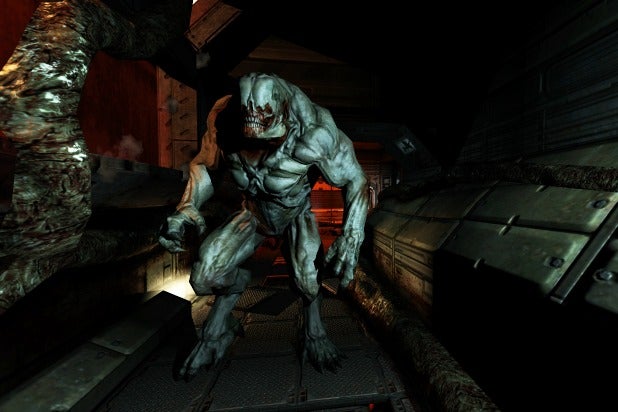 9. "Doom 3" (2004) The definition of a game that has no identity. Thought it could be a run-and-gun shooter and a horror game at the same time, but the result is just an incredibly aggravating experience and a badly told story. What was supposed to bring "Doom" into the modern age was instead just a total pain. 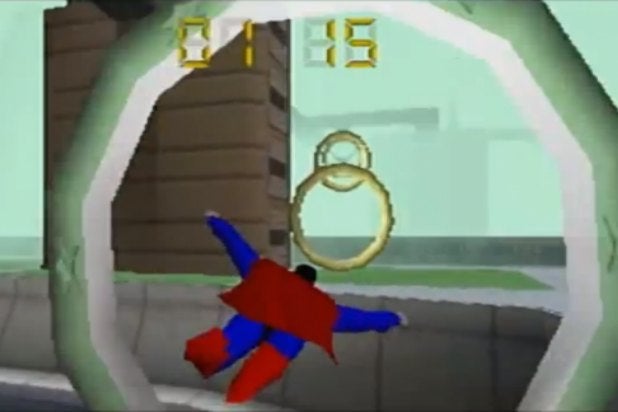 8. "Superman 64" (1999) The Nintendo 64 offered what felt like a golden era there for a minute, with "Superman 64" to be a crowning achievement a few years into the console's life cycle. But it was only an achievement in jankiness. 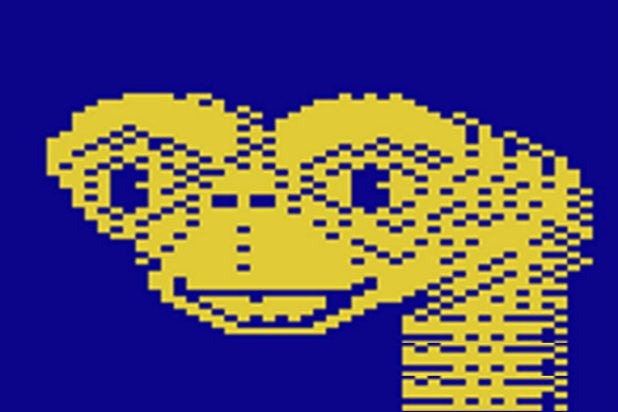 7. "E.T." (1982) One of the earliest examples of a cheap, movie license money grab, the E.T. game was a total disaster -- but it would set the standard for movie tie-in games to come. 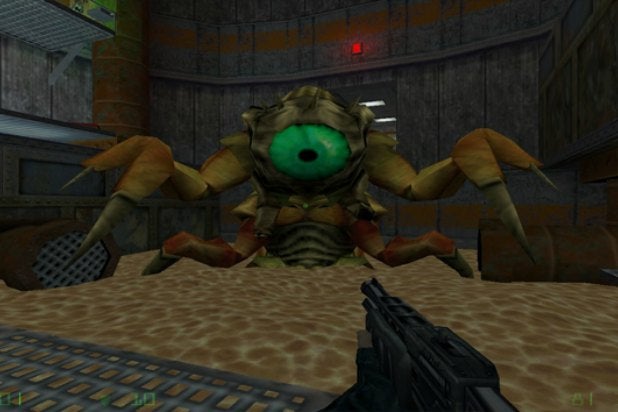 6. "Half-Life: Opposing Force" (1999?) This "'Half-Life' from a different perspective" game made a lot of standard video game sequel mistakes. There's always this pressure to add more stuff -- enemies, weapons, story, etc. But "Opposing Force," despite occurring at the same time and place as "Half-Life," had so much new stuff that it felt completely removed from it. 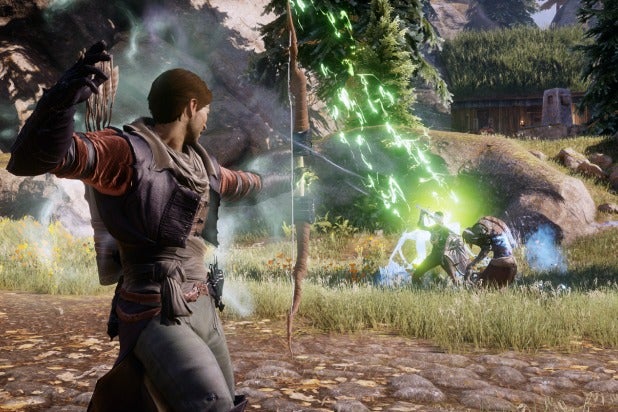 5. "Dragon Age: Inquisition" (2014) After the rushed "Dragon Age 2," which included a lot of great ideas for how to tell a story in a game, BioWare course corrected with "Inquisition" by abandoning every single one of those good ideas in favor of building a game that's all about monotonous busywork and not at all about telling a story. 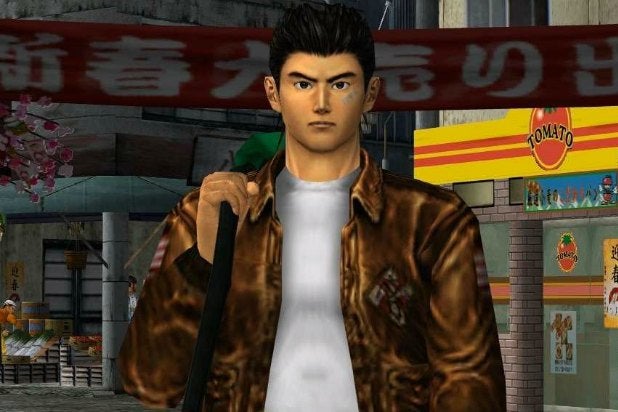 4. "Shenmue" (2000) Yu Suzuki spent more than half a decade bringing this cult role-playing game to the Sega Dreamcast, building up hype every step of the way. Unfortunately, it's one of the most boring games I've ever played. 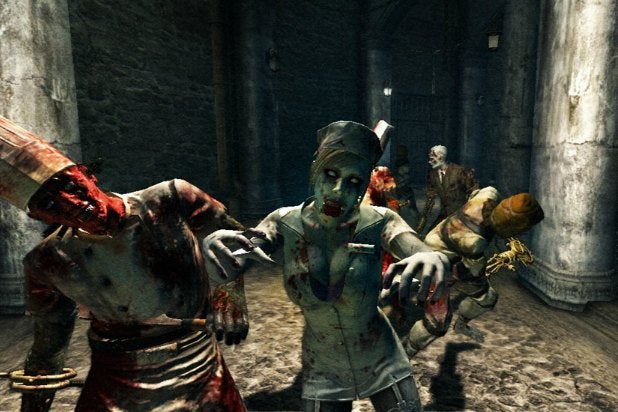 3. "Rise of Nightmares" (2011) We'll probably eventually look back on motion-controlled gaming as a really dark and wasted period (we're already getting there now). "Rise of Nightmares," a zombie horror game that you'd play by waving your arms and kicking the air in front of Xbox 360's Kinect camera, should be the poster child for the industry's complete inability to figure out what to do with motion controls. 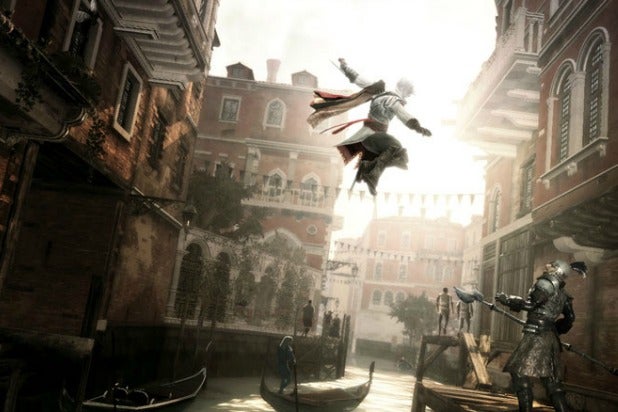 2. "Assassin's Creed 2" (2009) This game marked the moment when publisher Ubisoft decided it would turn the only major historical action franchise in gaming into a generic boring activities simulator. It didn't fix the problems players had with the first game -- instead just adding new, more irritating ones. And, ultimately, setting the standard for what just about every other Ubisoft game has turned into at this point. 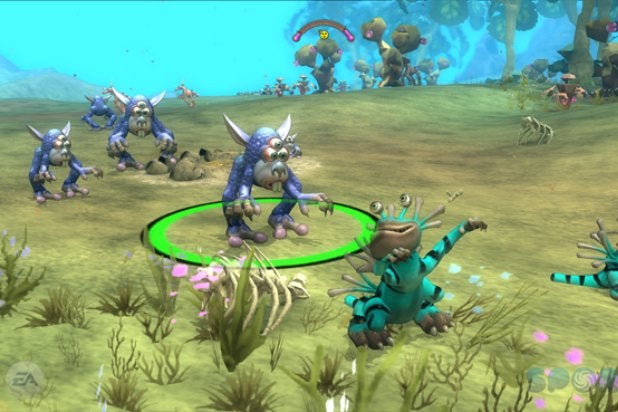 1. "Spore" (2008) This EA sim promised to chart the evolution of a species that players would create, from a single-celled organism to space travel -- but in a really awkward and fundamentally uninteresting way. "Spore" was, from a certain point of view, exactly what its creators promised, but it turned out that what was promised was way less cool than it sounded.
x
Looks like you're enjoying reading