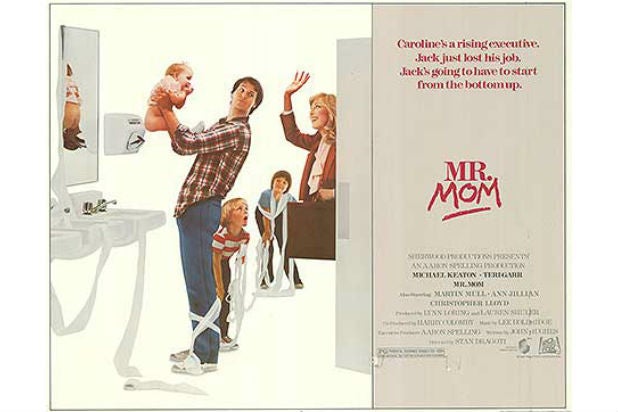 The 1983 comedy “Mr. Mom” is getting a TV series remake on Vudu, Walmart’s ad-supported streaming service.

Announced Wednesday during the Newfronts West conference in Los Angeles, the show will be the first project to come out of a partnership between Vudu and MGM that was announced on Sunday.

Directed by Stan Dragoti, the original film starred Michael Keaton as a Detroit auto engineer who becomes a stay at home dad after being laid off, and must navigate his own insecurities as his wife, played by Teri Garr, returns to her career in advertising to great success. Grossing $64.8 million off a $5 million budget, the film’s success led to a three picture deal for screenwriter John Hughes.

Vudu did not provide details about the new series aside from noting that its episode count would be shorter than an average TV show.

“Its just the beginning. It’s one that we hope will be of many,” said Julian Franco, head of Advertising VOD at Vudu. “We have a pipeline of new exclusive content coming.” More titles will be announced in the coming months, Franco said.

Vudu and MGM’s content strategy will center on revamping family-friendly, well known franchises for younger audiences and their parents, Franco.

14 Stars Who Gained Major Weight for Roles, From Charlize Theron in 'Monster' to Christian Bale in 'Vice' (Photos)

Robert De Niro, Renee Zellweger, Ryan Gosling and more put on serious pounds in the name of their art

Daniel Day-Lewis may have gone to extreme lengths as a method actor to portraying a physically handicapped individual or President Abraham Lincoln, but that level of dedication may not be as readily obvious to the average observer. When an actor goes through such a physical transformation that you can hardly recognize them, it's hard to ignore. The most recent double-take moment was in the trailer for Jay Roach's "Vice," in which Christian Bale,  -- you know, Batman -- plays Vice President Dick Cheney. Yeah, we couldn't believe it either. This isn't the first time Bale put on -- or lost -- a lot of weight for a part. Here are some other actors who went through similar bulk-ups all for a film role.