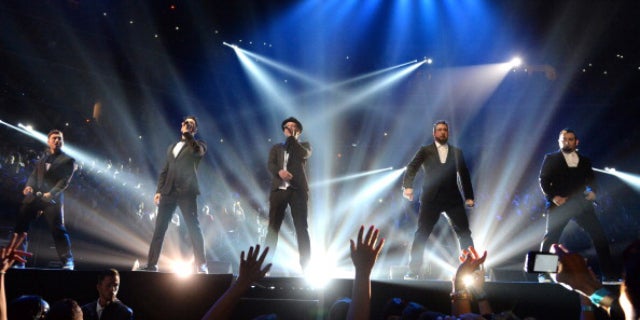 The four somewhat lost members — J.C. Chasez, Chris Kirkpatrick, Joey Fatone and Lance Bass — elevated through the stage during the "Suit and Tie" singer's medley, which was fairly lengthy in its own right.

The 'NSYNC stuff? Not so much. The other four guys were seemingly gone as quickly as they rose.

'NSYNC sang super-brief versions of their hits "Girlfriend" and "Bye Bye Bye" in between the more recent Timberlake solo tracks.

It was a strikingly brief reunion.

The Timberlake-fronted boy band first formed in Orlando, Florida during 1995. They sold over 50 million albums during their time together, including moving one million copies of sophomore album, "No Strings Attached," in a single day.