I was shocked, when I realized that I had forgotten about Burma.

How could an entire country vanish from consciousness? The country’s military regime had an obvious interest in keeping the country closed and "forgotten," but how was it possible for them to succeed so well in today’s globalized society? 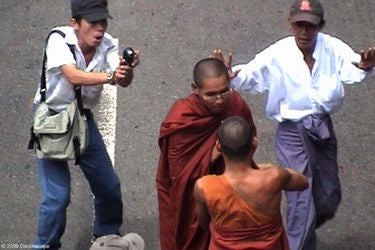 It was at the end of 2004, before the Saffron Revolution, before the cyclone and before an American decided to swim across a lake to visit Aung San Suu Kyi — events that caught the attention of world media. Jan Krogsgaard, a Danish video artist living in Asia, approached me with the idea to make a film about Burma, and I immediately knew that I had to.

We started developing the film, and Anders Østergaard, an established Danish documentary director, came on board. There were many touching human interest stories in the shape of refuges and victims of abuse, but we did not want to film "the results" of oppression — we wanted to focus on the oppression itself.
But how to capture everyday oppression on film when nothing much happens and people are afraid to talk to you? And how do you make a portrait of a regime if you are not allowed inside its country? 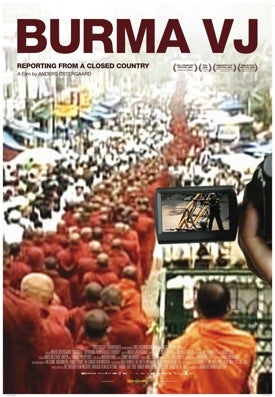 Lise Lense-Moeller was nominated for the 2010 Producers Guild of America Producer of the Year Award in Documentary Theatrical Motion Pictures and is nominated, along with director Anders Ostergaard, for an Oscar in the Best Feature Documentary category, for "Burma VJ." In 1984 she founded Magic Hour Films; under her direction, the company has produced and co-produced a wealth of award-winning documentaries. She co-initiated the Producer’s Education program at the Danish Filmschool and is an occasional instructor there.
x
Looks like you're enjoying reading