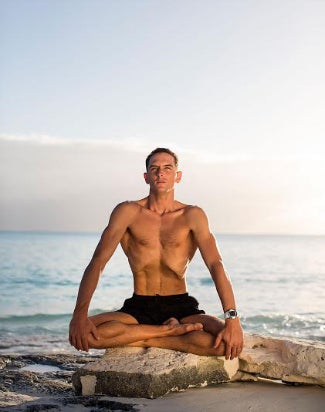 National Geographic Channel is going off the deep end with its next live television event, “Free Dive Live With William Trubridge.”

The network will partner with DSP (Darlow Smithson Productions) for the event, which will feature the holder of 15 free-diving world records and current world champion attempting to swim deeper than any person has ever gone before on a single breath.

Trubridge, 33, will attempt his dive into the abyss at the infamous Dean’s Blue Hole in the Bahamas. With a single breath, and nothing but his own hands and feet to propel him, he will swim down 350 feet, a depth deeper than the height of the Statue of Liberty. This round-trip dive by Trubridge would set a new world record.

Produced by DSP, an Endemol company, in association with Trium Entertainment and Apex Sports Agency, the special will follow Trubridge’s descent as it happens, from the last gulps of breath, in which he’ll try to swallow enough air to inflate his lungs to the size of watermelons; to his arrival at 350 feet below, where a flood of nitrogen to the brain will cause disorientation and blurred vision; to the final 66 feet of his ascent, when he’ll actually begin swimming in reverse to keep his lungs from expanding too rapidly and bursting. It’s at this final stage that an average of nearly 100 free divers die every year.

“For more than 125 years, National Geographic has been about celebrating explorers who push the boundaries of human limitations,” said NGC president Howard T. Owens. “This will be a thrilling feat, and no doubt we’ll all be holding our breath right along with William as he attempts this almost unimaginable challenge.”

Iain Riddick, DSP’s head of special projects and digital media, added, “The world is about to witness one of the greatest human feats ever recorded on television. William Trubridge is an incredible man with an extraordinary skill and his unique journey will engage and inspire audiences around the world. It’s hugely exciting for DSP to produce this landmark live event for National Geographic, an organization that consistently champions human exploration.”