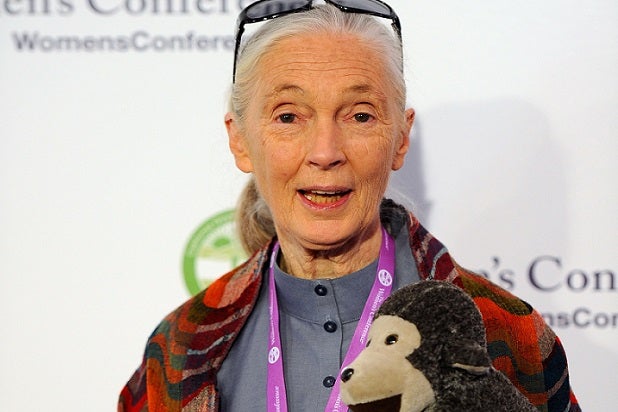 Nat Geo Wild will explore the world of chimpanzees with a new special “Kingdom of the Apes,” featuring renowned primatologist Jane Goodall.

The two-hour special, slated for a global premiere in July, will include the chimpanzee characters from Tanzania’s Gombe Stream National Park, where Jane Goodall began her work more than 50 years ago.

“‘Kingdom of the Apes’ features the life stories of some the best known great apes that have ever lived. Their individual personalities have shaped the fates and fortunes of each of the animal characters,” Nat Geo Wild said of the special.

“Some of the best natural history behavior pieces together the most dramatic events in the lives of the key great ape characters. We’ll see behaviors including the struggle for power and politics, going to war to defend their kingdom, and even using sex as part of their social strategy — questioning the line between what is ape and what is human.”

The special, which will offer a sneak preview this weekend at the Sun Valley Film Festival prior to the July premiere, is produced by National Geographic Television for Nat Geo Wild. Karen Bass is executive producing for National Geographic Television, with Ashley Hoppin executive producing for Nat Geo Wild.

The network also said Friday that it will air a one-hour special, “Giant Pandas,” which will trace the journey of breeding a panda in captivity to its dramatic release into the wild. In particular, the special will explore the efforts of scientists at the Bi Feng Xia Panda Center as they attempt to encourage a female panda to mate.

Once she gives birth, the center’s director attempts to raise the pandas using a program in which mother and child love as they would in the wild, learning natural behaviors.

The ultimate goal of the center’s panda program is to breed pandas in captivity and release them into the wild, in hopes of increasing depleted panda populations.

“This film takes us inside the journey to breed pandas in captivity with the hope of releasing them into the wild to help this species survive,” Daniels said. “Panda population numbers have drastically decreased, making breeding programs around the world crucial to the future of this species.”

“Giant Pandas” will make its U.S. televised premiere in August, with a global premiere the following month. The special will debut at the Sun Valley Film Festival this weekend.