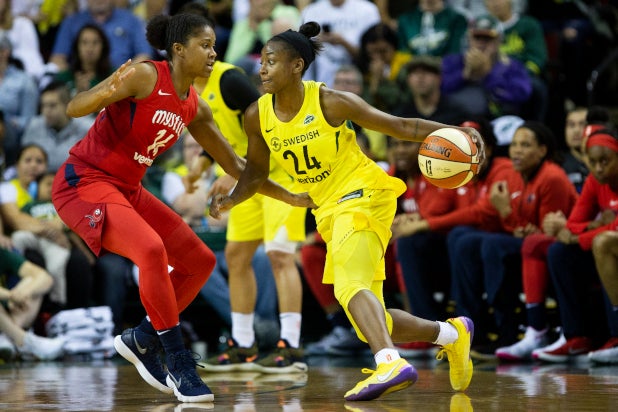 For the first time in its 20-year history, the NBA 2K franchise will include players from the Women’s National Basketball Association (WNBA) in the upcoming “NBA 2K20.”

Gamers will be able to play as Seattle Storm’s Breanna Stewart, Los Angeles Sparks star Candace Parker, A’ja Wilson of the Las Vegas Aces and the rest of the players from all 12 WNBA teams. The teams will be available in the Play Now and Season modes of the game, which will be released on Sept. 6.

Parker, along with Stewart and Wilson, participated in a motion-capture process to put their movements into the game to give the computer-animated players a more realistic feel.

“Just like my counterparts in the NBA, I grew up playing ‘NBA 2K,'” Parker said. “You can tell they are taking the time to capture the essence of the WNBA and have created an immersive experience that all fans of basketball will love.”

“We are excited to have WNBA players as part of this top-selling video game, helping to bring more exposure to these elite players, expanding our fan base and providing an immersive gaming experience featuring women role model athletes,” WNBA commissioner Cathy Engelbert said.