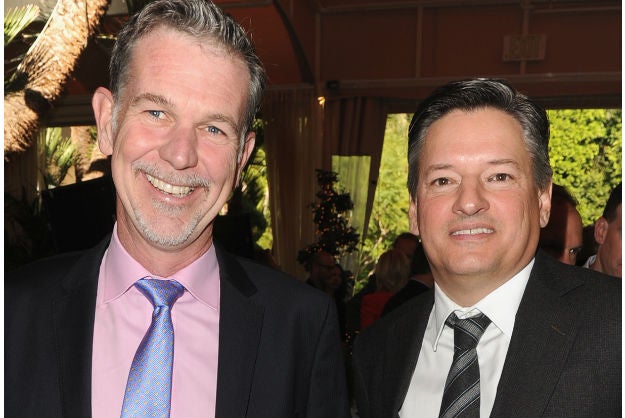 Netflix Chief Content Officer Ted Sarandos pointed out a silver lining to Sony’s “The Interview” release fiasco during a quarterly earnings call with analysts and investors on Wednesday. In his words, the tumult surrounding the James Franco-Seth Rogen comedy late last year ended up being a financial godsend for Sony — and for online services, such as Netflix, that carried it.

“I would say you should look at ‘The Interview’ as a beautiful one-off,” Sarandos offered. “I say ‘beautiful’ because [in] bypassing the theaters and premiering the movie on demand, Sony managed to raise about $45 million in revenue from between a modest theatrical and primarily from digital on demand… which took what could have been a financial disaster and turned it into a financial win for the studio.”

Also during the call, Netflix CEO Reed Hastings reasserted the company’s opposition to a proposed merger between Comcast and Time Warner, saying that the company is focusing on stopping the potential combination.

“Our main goal at this point is to get the government to block the Comcast-Time Warner merger,” Hastings said. “We think, were that merger to come together and as DSL fades, that company combined would have over 50 percent of U.S. residential Internet homes and frankly that’s just too much in one company.”

One other thing that Hastings could see bringing an end to: linear television. During the interview, he discussed the ratings nosedive that traditional television has experienced, and predicted that, in a couple of decades, linear TV would be a thing of the past.

“Linear TV has been an amazing 50-year run; Internet TV is starting to grow,” Hastings said. “Clearly over the next 20 years, Internet TV is going to replace linear TV.”

Also Read: ‘Orange Is the New Black’ Gets Season 4 Renewal From Netflix (Video)

“It’s a transition into figuring out the Internet, and the way people do that is to get involved with us, with our competitors, to start to learn what are the new patterns and modalities, because Internet TV is the way that people will consume video in the future,” Hastings predicted.

Watch the interview in the video.