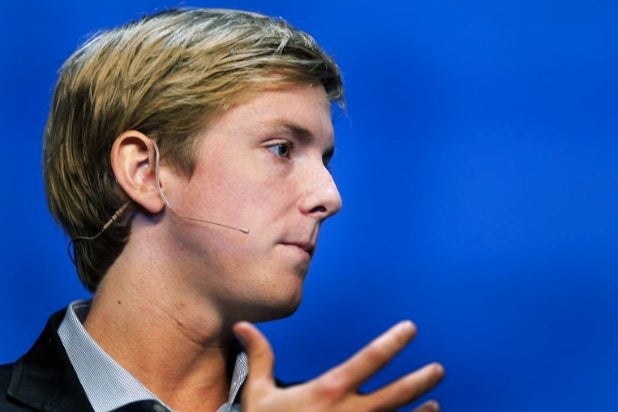 The New Republic owner Chris Hughes penned a Washington Post op-ed Sunday night, responding to the mass resignations that hit his magazine Friday  in protest over high-profile editors’ resignations and Hughes’ expressed desire to shift the 100-year-old magazine into a   “a vertically integrated digital media company.”

Last week, about a dozen members of the editorial staff of the New Republic walked out in protest over new leadership. By their account, this was a clash of cultures : Silicon Valley versus tradition, and everyone must choose a side. I believe this dangerously oversimplifies a debate many journalistic institutions are having today. They were colleagues whom I personally liked and respected, so I was sad to see them go and regret much of how it happened. But the New Republic is too important an institution to accept their departures as its end.

It should be noted, the amount of staffers who penned their resignations goes beyond Hughes’ “about a dozen members.” TheWrap’s reporting shows between 40 and 50 editors, contributing editors, and other employees quitting.

Because of this, The New Republic announced Saturday it had suspended publication of its next issue.

“Given the departure this week of several editors and writers, The New Republic decided to cancel the issue rather than risk producing a magazine not in keeping with the traditionally high standards of the institution,” a spokesman for the publication told TheWrap on Saturday. This means the magazine will not come out as expected on December 15th, but instead be pushed back to February 2nd; the first issue that will be edited with newly inserted editor-in-chief Gabriel Snyder.

In his op-ed, Hughes continued to explain his vision for The New Republic of the future even after half its staff has bolted in the last 72 hours.

I didn’t buy the New Republic to be the conservator of a small print magazine whose long-term influence and survival were at risk. I came to protect the future of the New Republic by creating a sustainable business so that our journalism, values and voice — the things that make us singular — could survive.

I’ve never bought into the Silicon Valley outlook that technological progress is pre-ordained or good for everyone. I don’t share the unbridled, Panglossian optimism and casual disdain for established institutions and tradition of many technologists. New technologies and start-ups excite and animate me, but they don’t always make our lives or institutions better. That’s one of the many reasons why I bought the New Republic — to preserve and invest in an important institution in a time of great technological change. Its voice and values have been important for a century, and technology should be used not to transform it but to develop and amplify its influence.

He also challenged the resigning editors’ notion, according to him, that the New Republic “should not be a business.”

Former editors and writers who claim in an open letter that the New Republic should not be a business would prefer an institution that looks backward more often than forward and does not challenge itself to experiment with new business models and new ways to tell important stories. Unless we experiment now, today’s young people will not even recognize the New Republic’s name nor care about its voice when they arrive in the halls of power tomorrow.

One former editor, James Kirchick, who served as an assistant editor and contributing editor for the magazine from 2007 until last year, told TheWrap Hughes can careless about the legacy of the New Republic.

“The only ‘tradition’ Chris Hughes seems to care about is that of the Harvard housing lottery, which put him in the position to act out his insecurities by demolishing a once-great magazine,” Kirchick told TheWrap in an interview.

“I am very distressed about what’s happened, but the New Republic didn’t die this week; it died when Chris Hughes bought the magazine.”