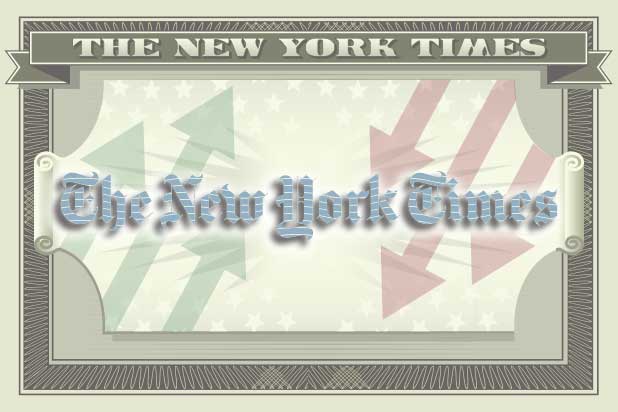 The New York Times company posted a nearly $24 million profit for the second quarter of 2018, powered largely on the strength of continued digital subscribers, the company announced Wednesday.

The quarter saw the addition of 109,000 digital-only subscribers, boosting the total to 2.9 million.

Despite beating earning projections by analysts, the company saw its shares drop nearly 5 percent in early trading, to $23.15.

“Subscription revenues accounted for nearly two-thirds of the Company’s revenues, a trend we expect to continue. We continue to believe that there is significant runway to expand that base substantially,” said Times President and CEO Mark Thompson in a statement.

“At the end of Q2, we had 3.8 million total subscriptions, 2.9 million of which were digital-only. Our subscribers who came to us around the 2016 election and post-Election periods continue to retain better than previous cohorts.”

The company reported that its digital revenue had grown roughly 20 percent from the second quarter of 2017, to $99 million.

Also Read: New York Times Slammed for 'Homophobic' Trump-Putin Video Cartoon: 'This Is Beneath Us'

“Turning to advertising, this was a subdued quarter for digital advertising as we predicted, but we remain confident that we will return to strong year-over-year growth in the third quarter,” Thompson said.