News Corp shuttered its the aggregation site Knewz on Friday, just 18 months after its launch. Users who navigated to the site found an announcement declaring, “Knewz is no more.”

“We started Knewz as an experiment in news aggregation because we wanted to gather a diverse range of quality journalism, to highlight of all sides of every story and to protect and project provenance,” a statement on what was once the site’s homepage reads. “We certainly had provenance, but not profits, and so we bid Knewz farewell. Thank you to the millions of Knewz users who saw the value of the service and supported our mission.” 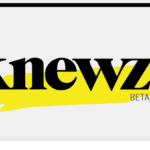 A News Corp spokesperson did not immediately respond to requests for comment on the size of Knewz staff — and whether the site’s shutdown led to layoffs.

“Knewz launched and grew in the midst of both a pandemic and a historic election, and advanced a distinct social purpose by offering true diversity of views at a time of extreme polarization, ultimately reaching and informing tens of millions of readers,” a company spokesman said in a statement. “Knewz also served as an important proving ground for cutting edge editorial, aggregation and mobile app software, and our teams will continue to leverage the valuable technical innovations for the benefit of our businesses and to develop new experiences for readers.”

The hollowed-out site now directs visitors to other News Corp properties like the Wall Street Journal, New York Post and the Sun.

Knewz launched in January 2020. At the time, News Corp CEO Robert Thomson heralded it as a “unique” addition to the ever-expanding list of aggregators because, he said, it would feature a diverse array of headlines and perspectives from across political and ideological spectrums.