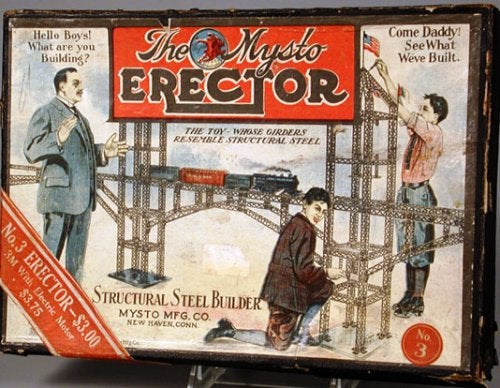 If it was good enough for G.I. Joe and the Transformers, than it’s about time that Erector Sets got their own feature film. At least that’s the thinking of Helix Films, which announced that the children’s construction toys will get the big screen treatment and in 3D to boot.

The production company is partnering with Meccano Toy Company to develop the film based, but would not disclose financial terms of the deal.

“The three partners of Helix Films all grew up playing with Erector Set toys,” said Steven-Charles Jaffe of Helix Films. “We believe the iconic Erector brand offers generational appeal with global reach, providing a tremendous platform to create a thrilling film franchise that boys, girls and adults will all adore.”

“The very core of Meccano/Erector is about creating educational toys that enable children and adults to imagine and create completely new worlds,” said Michael Ingberg, CEO of Meccano Toy Company. “It’s perfect for a film franchise as it is certain to entertain but also stimulate creativity and imagination as the Erector toy system has done around the world for nearly a hundred years.” 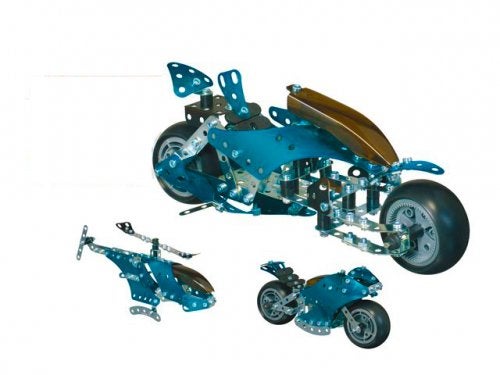 Invented in England in 1901, the Erector set was conceived as a model toy construction system comprising re-usable metal strips, plates, angle girders, wheels, axles and gears, with nuts and bolts to connect the pieces. Erector sets enable the building of working models and mechanical devices and are currently sold in more than 80 countries.

A nifty history and a good way to inspire future generations of architects and engineers, but it’s not entirely clear how Helix plans to construct a plot out of the toys, let alone make a hit film franchise out of the 100 year old toys.

Still turning toys into movies is an increasingly popular tactic for film companies. Recently studios such as Universal have made headlines because of plans to make movies based on children’s games and action figures such as Battleship and Stretch Armstrong.