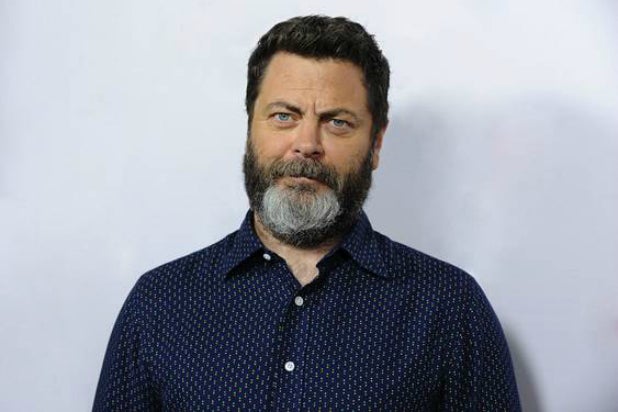 Fox has invited another turkey to its Thanksgiving table: Nick Offerman is set to play Andre Braugher‘s ex-boyfriend on next month’s holiday-themed episode of hit comedy “Brooklyn Nine-Nine.”

The comedian and woodworker will follow Bill Hader in the line of high-profile comedy guest stars on the sitcom’s Season 3. Hader’s Seth Dozerman had taken over for Braugher’s Captain Raymond Holt on the premiere, before dying a sudden and untimely death.

Few details are out about the coming Nov. 22 Offerman episode.

This Sunday, Braugher and leading man Andy Samberg will have a reunion of their own, when the two join forces to catch a serial killer. Meanwhile, back at the precinct, Rosa (Stephanie Beatriz) and Amy (Melissa Fumero) are forced to deal with new captain The Vulture’s (guest star Dean Winters) demands, and Terry (Terry Crews) discovers a new obsession. “The Oolong Slayer” is the fourth episode of the season.

Offerman was recently seen in the films “A Walk in the Woods,” “Me and Earl and the Dying Girl,” and lent his voice to “Hotel Transylvania 2.” He also appeared on “Fargo” and just wrapped production on the film “The Founder.”