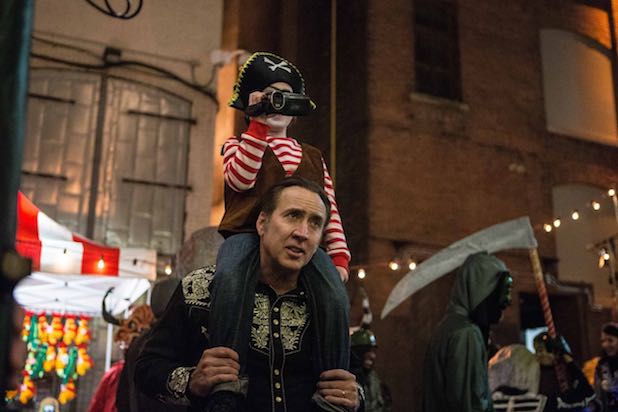 Nicolas Cage and “Walking Dead” star Sarah Wayne Callies both return to the horror genre in “Pay the Ghost” when RLJ Entertainment releases the film in September.

The company announced on Thursday it acquired all U.S. rights to the thriller that follows a father (Cage) haunted by eerie images and terrifying messages he can’t explain a year after his son disappeared at a Halloween carnival. Callies, who appeared as Lori Grimes on AMC’s “Walking Dead,” plays his estranged wife.

See photos: Here's What Nicolas Cage Looks Like as Every 'Game of Thrones' Character

The acquisition deal was negotiated by Voltage Pictures and Mark Ward and Grace Santos on behalf of RLJ Entertainment.

“The intense action and scares in ‘Pay the Ghost’ will have audiences on the edge of their seats,” Ward said. “We can’t wait to get the film into theaters this September.”