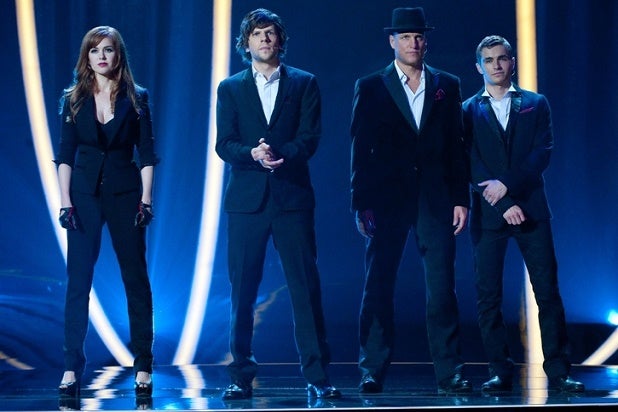 The sequel to the sleeper hit “Now You See Me” will hit theaters on June 10, 2016, Lionsgate’s Summit Entertainment said Tuesday.

The studio also set its spring break comedy starring Zac Efron and Robert De Niro — tentatively titled “Dirty Grandpa” — for Christmas Day on 2015. The project, which Dan Mazer will direct for Bill Block‘s QED International, was formerly set up at Universal and is produced by Barry Josephson.

“Now You See Me,” a magic-themed heist thriller with an all-star ensemble, broke out after its May 2013 release and brought in more than $350 million at the worldwide box office.

John Phillips wrote the script on “Dirty Grandpa,” which follows a lascivious, recently widowed Army veteran (De Niro) who tricks his uptight grandson (Efron) into escorting him to Florida for spring break.