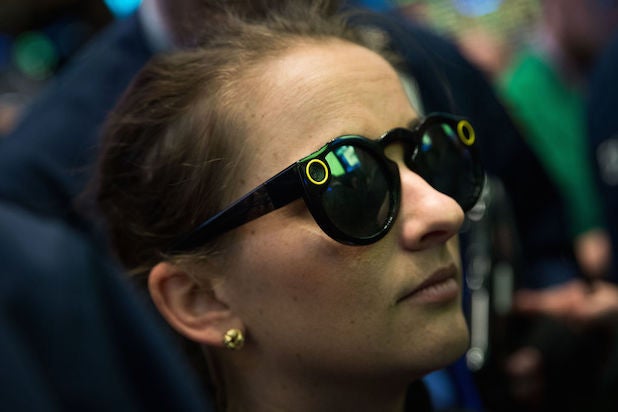 Remember those long lines of cool kids patiently waiting to snag a pair of Snap’s Spectacles — the Snapchat-friendly camera-sunglasses — last year? Apparently it was just a mirage.

Snapchat’s parent company posted its second straight underwhelming earnings report on Thursday, and it included a note on $5.4 million in “other” revenue. This category counts sales of Spectacles — and it dipped from more than $8 million in sales from its first quarter.

Let’s do a little math. Even if nearly all “other” revenue stemmed from the $130 sunglasses, Snap would only be looking at about 100,000 pairs sold. Considering Snapchat has 173 million daily active users, that’d be about one in every 1,730 Snapchatters buying Spectacles. That’s … not good. At all.

For a platform that thrives on being the trendy social media option for young people, it’s a clear sign Spectacles are not cool. If kids were receiving social pressure to have a pair, it would be a must-have item.

Considering CEO Evan Spiegel declared Snap a “camera company” earlier this year, it’s jarring to see how poorly its first jump into hardware has been received. With growth slowing to about a 4.4 percent increase in daily users in its second quarter, Snap has to find a way to monetize its current following. Spectacles, at least for now, doesn’t appear to be the answer.