Singer-impressionist-comedian Danny Gans — barely known outside of Las Vegas but one of that city’s biggest draws — died early Friday morning in his Vegas home. 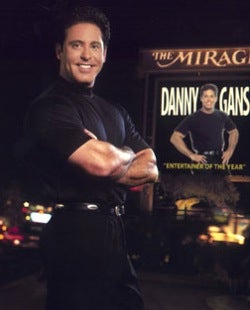 He was 52; no cause of death has yet been announced. He complained of shortness of breath in at about 3:30 a.m., but was dead by the time paramedics arrived.

Voted Las Vegas’ "Entertainer of the Year" for 11 of the past 13 years, Gans was doing a one-man show on Broadway when he landed a three-month gig at the Stratosphere Hotel. It became such a big draw that it led to a stint at the Rio and then a nine-year deal to play in his own 1,250-seat theater at the Mirage Hotel in 2000.

In February, he was signed by hotel mogul Steve Wynn to the Encore Theater, located between Wynn’s Encore and the Wynn Las Vegas hotel.

He is survived by his wife Julie, and three children Amy, Andrew and Emily.