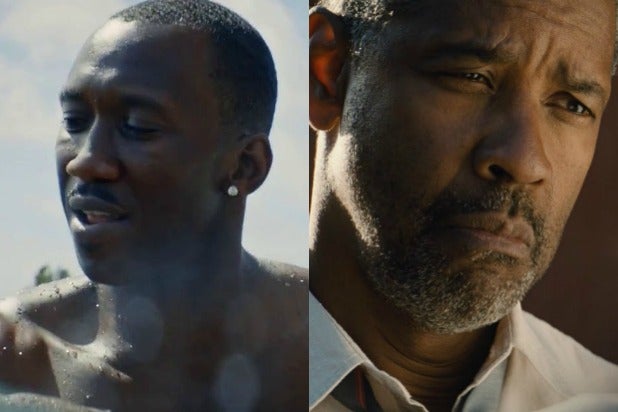 For the first time ever, the Academy has nominated three black screenwriters for Oscars in the same year. Barry Jenkins and Tarell McCraney shared an Adapted Screenplay nomination for “Moonlight,” along with the late August Wilson for “Fences.”

Both were the first African-Americans to earn a screenwriting nomination from the Academy.

It’s a big shift for the Oscars nomination list, as this year’s field sees a far more diverse set of nominees than the 2015 and 2016 nominee lists that spawned the #OscarsSoWhite movement.,

Jenkins, who also earned a Best Director nomination for “Moonlight,” adapted the script from the book “In Moonlight Black Boys Look Blue” by Tarell McCraney.

“Fences,” which is directed by Denzel Washington and features the cast of the Tony-winning Broadway revival of August Wilson’s play, uses a script penned by Wilson prior to his death in 2005.

The script was later fleshed out by Tony Kushner, though Wilson has sole writing credit on the film. Kushner is listed as a co-producer for the film.