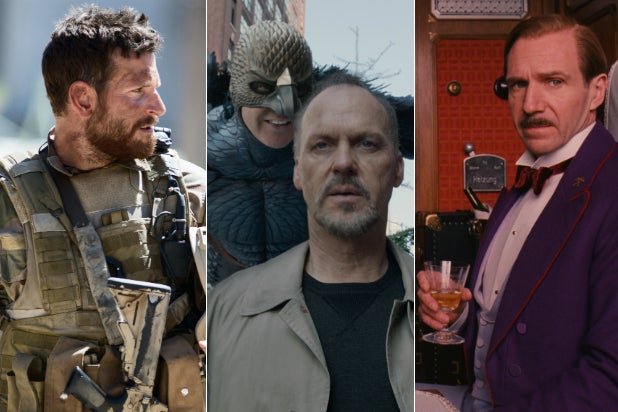 The 87th Academy Awards were a big night for “Birdman,” “The Grand Budapest Hotel” and “Whiplash,” which took home four, four and three trophies, respectively. None of the remaining nominated films netted more than one win, though a sizable group of movies are not going home empty handed.

“Whiplash” took the first trophy of the night, with J.K. Simmons winning Best Supporting Actor right off the bat. The movie also collected wins for film editing and sound mixing.

After that, 13 other movies split the remaining gold.

Here are all of the Oscar nominated films, their trophy count and winning categories:

“The Theory of Everything” (1)
Best Actor in a Leading Role, Eddie Redmayne