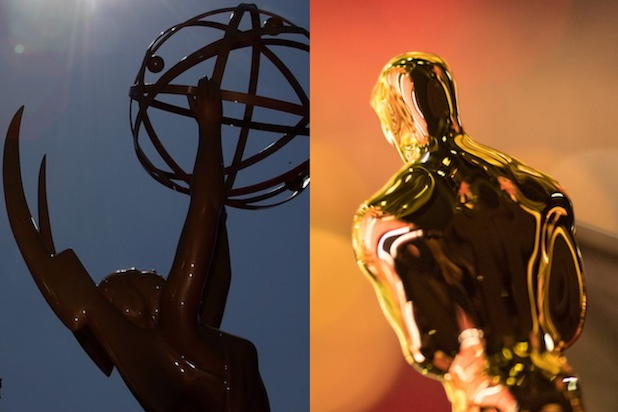 Between Emmys voting and Oscars timing, this has been a strange and stormy week for major Hollywood awards, with both organizations devoting a few days to self-correcting adjustments.

It’s hard to find much common ground between the Emmys, which flagged two problem areas months ago and saw both of them come into play in the first three days of Emmy voting, and the Oscars, which re-elected a lot of the people to its board who had made a series of decisions that have had to be overturned. But all of this happened in the course of three days, so it’s worth looking at an unusual week at both the Television Academy and the Academy of Motion Picture Arts and Sciences.

It started on Monday morning, when Emmy ballots were posted online. At the beginning of the season, the Television Academy had introduced a new rule requiring vetting panels to review all short-form submissions to determine if they were “suitably competitive” before allowing them on the ballot — and sure enough, those anonymous panels knocked out a number of submissions, dropping the number of eligible films by a full 40 percent over last year, from 50 qualifying films in 2018 to only 30 in 2019.

What was particularly frustrating to short-form filmmakers was that the Academy didn’t give them any advance notice they were disqualified from the ballot; instead, they only found out when the ballots were posted on Monday.

Some — among them Melvin Jackson Jr., who was nominated last year for “This Eddie Murphy Role Is Mine, Not Yours” but not approved for the ballot this year — had already spent money on a campaign, including directly paying the Academy to place his short-form work on its FYC viewing platform for members.

When TheWrap asked the Academy if it would refund the money paid by short-form talent whose work was declared ineligible, a spokesperson gave the following response:

At the same time the Academy introduced the short-form viewing panels, it also added language to the 2019 rule book specifically warning against quid-pro-quo or block voting, and declaring that those found guilty of such practices would have their ballots invalidated.

And it didn’t take long for that rule to kick in, too: On Wednesday, “a few” members of the performers peer group lost their voting privileges for engaging in what Television Academy CEO Frank Schema called “the early stages of a block voting strategy for the first round of Emmy voting.”

In between the two Television Academy actions, meanwhile, the Motion Picture Academy sent out an intriguing one-two punch of press releases on Tuesday morning. The first announced the dates for the Oscars shows in 2021 and 2022, both of them to be held on the last Sunday in February.

In a way, that announcement was the final nail in the coffin for the grandiose Oscar overhaul that a pressured Board of Governors had approved last August. At that meeting, the governors decided to move the 2020 Oscars up to Feb. 9, two weeks early than usual, in an attempt to accelerate the awards schedule, increase ratings and push other awards shows into a shorter window. It also voted to give out a “popular Oscar,” to guarantee a three-hour show and to hand out an unspecified number of categories off the air rather than on the Oscar show.

The popular-Oscar idea, hastily announced without a clear idea of how it would be implemented, lasted only one month before the Academy decided to table the idea for further study. The plan to hand out awards during commercial breaks lasted longer, but was killed less than two weeks before the Oscars ceremony in the face of overwhelming industry criticism. And the hostless three-hour show ran 23 minutes past the board’s promised time limit.

And now, before the early-February experiment gets its first tryout, the board has reversed course and gone back to its usual late-February date for the following two years. That means that all of the board’s plans designed to boost the Oscars show have essentially been killed in the wake of complaints and chaos.

Also Read: Academy Increases Number of Women, People of Color on Its Board of Governors

By itself, the Academy’s announcement could be seen as common sense restored after a panicky Oscar season — but just 90 minutes later the Academy revealed the results of this year’s Board of Governors election. It turned out that 10 of the 11 incumbent governors who ran for re-election won their races, and the only one who didn’t win outright made it to a runoff election that is now taking place.

In other words, members throughout the Academy chose not to blame their representatives on the board for the most disorganized Oscar season in recent memory, but instead returned them to office.

Four months ago, TheWrap wondered if anybody was going to take the fall for an unusually chaotic Oscar season, and the board elections suggested that the answer is no — except maybe for AMPAS President John Bailey, who is not eligible to run for re-election and is therefore a convenient sacrificial lamb. Otherwise, there’s little sense that the membership is blaming the board for bad moves — or maybe it’s just trusting the members to reverse those moves, as they have been doing, and not make any more bad ones.

That, apparently, is what one pretty good Oscar show and a bump in ratings will do.

The Television Academy has another week and a half of nomination-round voting, and then nominations in July and two weeks of final voting in August. The Motion Picture Academy will invite hundreds of new members in July, elect a new president in August and wade into an accelerated Oscar season soon after that.

Stay tuned. If this week is any indication, they both may be in for a bumpy ride.