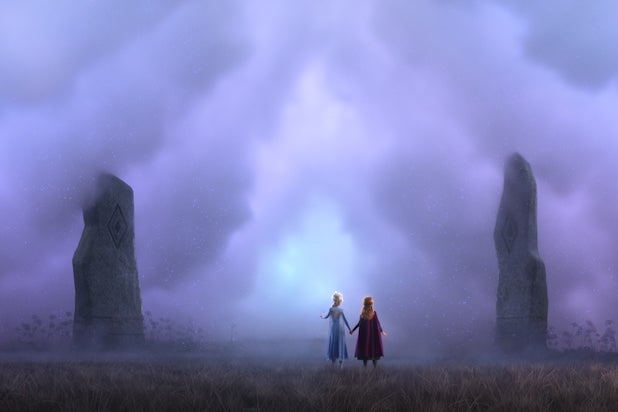 Beyoncé, Elton John, Thom Yorke, Pharrell Williams, Cynthia Erivo, Randy Newman and Diane Warren are among the songwriters who have made the shortlist in the Oscars’ Best Original Song category, the Academy announced on Monday.

John, in fact, has two of the 15 songs on the shortlist: He made the cut for “(I’m Gonna) Love Me Again” from the movie about his life, “Rocketman,” and also for “Never Too Late,” a new song he wrote for the remake of “The Lion King,” which landed him three nominations and an Oscar for “Can You Feel the Love Tonight” back in 1994.

Beyoncé was also nominated for her new song, “Spirit,” from “The Lion King.”

Among the 75 eligible songs, the biggest omission is “Beautiful Ghosts,” a new song from the upcoming “Cats” musical written by original “Cats” composer Andrew Lloyd Webber and Taylor Swift, and sung by Swift in the film. Oscar voters from the Music Branch received a clip from the film that included the song, but the film itself was not finished in time to screen for most awards voters.

Also Read: How Mary Steenburgen Used Her 'Actor Superpowers' to Write a Song for 'Wild Rose'

The original-song shortlist is full of past nominees and winners. In addition to John (three nominations, one win), Williams (one songwriting nomination, and another for producing), Newman (20 nominations, two wins) and Warren (10 nominations), it includes Alan Menken (19 nominations and eight wins) for “Speechless” from “Aladdin,” which he co-wrote with Benj Pasek and Justin Paul (nominees and winners for “La La Land”); Robert Lopez and Kristen Anderson-Lopez (two noms, two wins) for “Into the Unknown” from “Frozen II”; Charles Fox (two noms) and Paul Williams (six noms, one win) for “Da Bronx” from the documentary “The Bronx, USA”; and Mary Steenburgen, who won the Best Supporting Actress Oscar for “Melvin and Howard” in 1981 and is now shortlisted for co-writing the song “Glasgow” from “Wild Rose.”

Also shortlisted: Radiohead leader Thom Yorke for “Daily Battles” from “Motherless Brooklyn,” and composer/songwriter Kathryn Bostic for “High Above the Water” from “Toni Morrison: The Pieces I Am.”

The oddest entry on the list went to “A Glass of Soju,” a Korean-language song heard over the end credits of “Parasite.” The song’s lyrics were written by the film’s director, Bong Joon Ho, who could be a rare director also nominated for songwriting.

In the Original Score category, Thomas Newman’s work for “1917” leads a field that also includes his cousin, Randy Newman, for “Marriage Story,” as well as Michael Abels for “Us,” Hildur Guðnadóttir for “Joker,” Michael Giacchino for “Jojo Rabbit,” Alan Silvestri for “Avengers: Endgame,” and John Williams for “Star Wars: The Rise of Skywalker,” the latter of which is Williams’ final “Star Wars” score and could earn him his 52nd Oscar nomination.

Oscar nominations will be announced on Jan. 13. See the full shortlist of contenders in the Original Song and Original Score race below:

MUSIC (ORIGINAL SONG)
“Speechless” from “Aladdin”
“Letter to My Godfather” from “The Black Godfather”
“I’m Standing With You” from “Breakthrough”
“Da Bronx” from “The Bronx USA”
“Into the Unknown” from “Frozen II”
“Stand Up” from “Harriet”
“Catchy Song” from “The Lego Movie 2: The Second Part”
“Never Too Late” from “The Lion King”
“Spirit” from “The Lion King”
“Daily Battles” from “Motherless Brooklyn”
“A Glass of Soju” from “Parasite”
“(I’m Gonna) Love Me Again” from “Rocketman”
“High Above the Water” from “Toni Morrison: The Pieces I Am”
“I Can’t Let You Throw Yourself Away” from “Toy Story 4”
“Glasgow” from “Wild Rose”